Hashim Amla is someone who did not have it easy and has worked his way to where he is today. 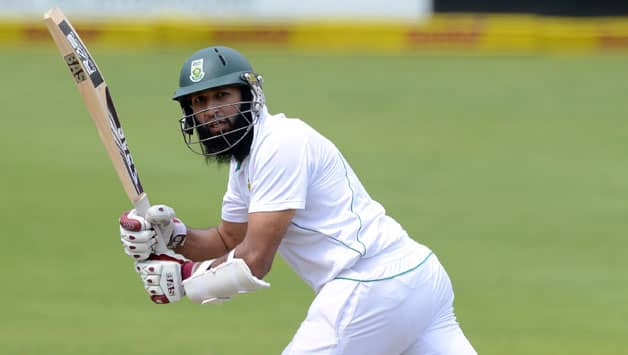 “To score runs like that you need attitude, you need good technique, you need knowledge, and you need spot-on concentration,” said former England batting great Graham Gooch. He was talking about South African batsman Hashim Amla — to be precise, about the South African’s score of 311 not out in the first innings of the first Test at Kennington Oval, London, in July 2012. Gooch must know, for he himself has notched up a couple of triple centuries in his career: one against India at Lord’s and another in a First-Class match.

During his 311 not out, which was the first triple century by a South African batsman, Amla shared two back-to-back partnerships of over 200 runs with Graeme Smith and Jacques Kallis, and, in the process, guaranteeing his team an innings victory over England. For his unbeaten 311, scored at an impressive strike-rate of 58.79, Amla stayed at the crease for 790 minutes or about 13 hours, faced 529 balls or about 88 overs, and hit 35 boundaries. No wonder Gooch saw in Amla’s innings the hallmarks of a great batsman — attitude, technique, knowledge, and spot-on concentration.

Amla’s initial days as a Test cricketer, however, did not mark him out as destined for batting glory. Amla, born on March 31, 1983, in Durban, Natal, made his Test debut against India at Kolkata in November-December 2004, at the age of 21. It was the second match of the two-match Test series, and Amla’s Test debut was anything but remarkable. Coming in as the fifth batsman in both innings, Amla managed just 24 and two in his first Test match. And Amla’s miserable run did not end there. Despite his unimpressive debut, Amla got his next opportunity to represent his country in the second and third Test matches of the home series against England in 2004-2005. In the four innings that he got to bat, Amla scored one, zero, 25, and 10 — 36 in all — and he was promptly dropped from the team for the fourth and fifth Tests of the series.

It was not that Amla made it to the South African team in 2004 by sheer luck. Son of a South African of Indian descent, Amla’s exploits as a young and promising batting prospect at the domestic circuit made observers take note of him and believe that it was only a matter of time before he made it to the national side. Known for his graceful strokeplay, Amla was part of the South African Under-19 team that toured New Zealand in 2000-2001 and was the captain of South Africa at the Under-19 World Cup in 2002, before he travelled, in November 2004, with the national side for the two Test-series against India, from where his grandparents migrated to South Africa.

Perhaps, it was his as-yet-unrealised potential that forced South Africa’s cricketing establishment to hold on to its faith in the young Amla, despite his initial failure as a Test batsman. Amla’s chance would come again in 2006 at a home series against New Zealand. The first Test match of that series, which South Africa won by 128 runs, did not feature Amla. Fortunately for Amla, South African opener Herschelle Gibbs dropped out due to ‘mental fatigue,’ leaving a vacant spot in the team for Amla to step in — Amla’s first Test in 15 months. And this time, Amla grabbed the opportunity with both hands, scoring 149 in the only innings that South Africa batted, helping his team draw the match.

Since then there has been no looking back for Amla, and in the 67 Tests he has played till date, he has scored 5499 runs, including 19 centuries (comprising a double and a triple century) and 24 fifties, at an impressive average of 51.39 and strike rate of 52.21 — certainly no mean achievement for someone who made a forgettable debut and was in wilderness for about one-and-a-half years after that.

Though Amla made his Test debut in 2004, he was not considered shorter-version material and had to wait for about four more years to make his One-Day International debut (against Bangladesh on March 9, 2008) and one more year to make his T20 debut (against Australia on January 13, 2009). The long wait, however, appears to have worked in Amla’s favour, and in the 62 ODIs he has played thus far, he has scored 3216 runs at a remarkable average of 59.55, with his top score being 150 in 124 balls against England in August 2012. Though he has scored only 269 runs in the 15 T20s he has played so far (his highest being 47 not out), his strike-rate of 118.50 is not bad for someone considered not suited for shorter formats.

Significantly, out of the 19 occasions when Amla scored Test centuries, South African won 10 times (the very recent instance being South Africa’s innings win over New Zealand in the second and final Test at Port Elizabeth, in which Amla scored 110), drew six times, and lost just three times. And amazingly, South Africa won all the 10 ODIs in which Amla racked up a century. It goes to show that Amla’s individual feats have, more often than not, contributed to the team’s success. Among them, his breathtaking 196 off just 221 balls in the second innings of the third Test against Australia at Perth in November-December 2012 stands out for his audacious strokeplay and sheer ingenuity. His innings helped South Africa beard, so to speak, Australia in its own den and win the Test by 309 runs and the series 1-0.

Amla is someone who did not have it easy and has worked his way to where he is today. While his tenacity with bat is certainly his strength, his voracious hunger for runs is an indication that he is cut out for greater cricketing glories in the days to come. Besides his consistency and dependability, his quiet and confident demeanour and impeccable character make him a strong candidate for the captaincy of South Africa. When appointed as skipper, he would be South Africa’s second non-white Test captain, after Ashwell Prince — a distinction that Amla richly deserves.