Shamsi got into the act and was ably supported by the wicketkeeper KL Rahul, as the duo did a little jig on the field.

One may have seen many strange celebrations on the cricket field but the celebration by Royal Challengers Bangalore‘s (RCB) mystery spinner Tabraiz Shamsi during the match against Gujarat Lions at Rajkot was truly unimaginable. Shamsi, who replaced West Indies‘ star leg-spinner Samuel Badree in the RCB side, has been quite handful for the team with his decent Chinaman bowling, which many have failed to read.

On Sunday, during the match when GL were batting, their opener Brendon McCullum was in excellent touch with his bat and freely scoring runs everywhere around the ground but it was Shamsi who took his wicket and gave an epic celebration to the viewers. It was the second ball of the ninth over — which Shamsi bowled a googly — that McCullum couldn’t pick and a leading edge was caught by the bowler himself. What made it funny was the kind of celebration that followed.

Shamsi got into the act and was ably supported by the wicketkeeper KL Rahul, as the duo did a little jig on the field. This type of celebration, known as the ‘Bus-driver’ celebration, was done by Shamsi for the first time in the IPL and second time overall as he had given a good account of it during the last edition of Caribbean Premier League (CPL). Watch the full video and enjoy this hilarious celebration here: 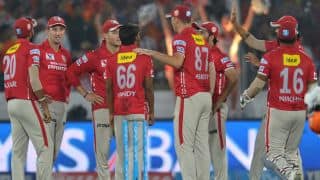 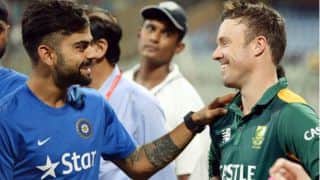