Before India and England clash for the fourth Test at the Rose Bowl, test your knowledge of the ground.

India and England will play the fourth Test of the five-match series at Rose Bowl, Southampton. Unlike the big English grounds, Rose Bowl is a newer addition — as new as 2001, in fact. The headquarters of Hampshire County Cricket Club were removed there the same year, from the now-defunct County Ground in Northlands Road, Southampton. Rose Bowl also hosts concerts. The list makes impressive reading: Oasis, Billy Joel, The Who, Neil Diamond, REM, Rod Stewart, Bryan Adams, Little Mix…

Despite being new, Rose Bowl does have its share of history, from witnessing the first T20 International on English soil to the emergence of Kevin Pietersen as England’s new superstar. England have played two Tests at the ground: Kumar Sangakkara and Thilan Samaraweera saved a Test in 2011, while James Anderson and Moeen Ali inflicted a 266-run defeat on India in 2014.

An interesting feature of the ground are the names of the facilities for players and members: the Derek Shackleton Suite, the Richards Suite (after both Viv and Barry, one can presume), the Greenidge Suite, the Robin Smith Suite, and, of course, the Hambledons.

How well do you know Rose Bowl? Take our quiz and find out.

Leaderboard: How well do you know Rose Bowl? 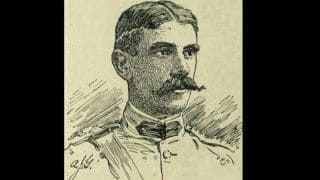 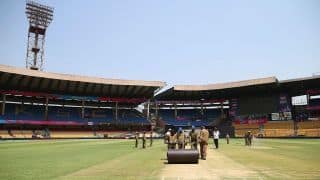