Yashpal Sharma had an interesting accent, but on this occasion he surpassed even himself.

Yashpal Sharma was as large-hearted as he was dedicated to batting. His credentials with bat were best showcased in India s triumphant campaign in the 1983 World Cup. Against England at Madras in 1981-82, Gundappa Viswanath and he batted through an entire day. There are several instances of his gutsy batsmanship, but this is not the place for that.

Yashpal was also extremely popular among teammates. They often pulled his leg, at times ruthlessly; while he sometimes lost temper, he invariably saw the funny side and joined in the fun.

There were other idiosyncrasies as well. Yashpal was (remains) a lacto-ovo-vegetarian ( eggetarian is an accepted Indian slang). In other words, while he does not consume meat (aquatic or otherwise), he does not have a problem when it comes to milk or eggs.

However, he was conscious of the fact that he had to compensate for his non-meat diet. So he relied on badaam (almonds), which he consumed in copious amounts. He claimed that almonds were the chief source of his power. Obviously, his teammates could not let the chance go: Yashpal s famous lofted on-drive (the one that almost invariably cleared the rope) got christened The Badaam Stroke.

Balwinder Sandhu narrated another incident in The Devil s Pack. India and Pakistan were playing a Test at Bangalore in September 1983. The team was boarding the coach to attend an invitation from the Governor of Karnataka.

At this point, a group of girls approached them. They were hosting a blood-donation camp, so could the Indian cricketers help their cause by setting an example? Sandhu declined (politely). Then he spotted Yashpal, and insisted the girls took Yashpal s blood: You must take his blood. It is full of almonds, and one bottle will be equivalent to four ordinary bottles of blood. Yashpal had some difficulty to ward them off.

He also had a slightly, er, unusual English accent. Thus, when he ordered aamlet (omelette) for room service in Pakistan, several teammates did the same mimicking his accent. When asked about Yashpal s accent as late as in 2008, Kapil Dev exclaimed that they still don t understand much. One must remember that Kapil and Yashpal hail from the same region.

The anecdote here revolves around his accent, though you can say it is related to his food habits as well. It was narrated by Anshuman Gaekwad. Everything was going fine that day till Yashpal sprinted inside the dressing-room, writhing in pain, yelling STD ho gaya hai. Ye mujhe pehle kabhi nahin hua hai. [I m down with STD. This has never happened to me before.]

One must remember that sexually transmitted diseases were not discussed as freely in the 1980s as they are today. And even if Yashpal was indeed affected, why was he clutching his stomach and rolling in agony? Was this normal procedure?

It turned out to be acidity. 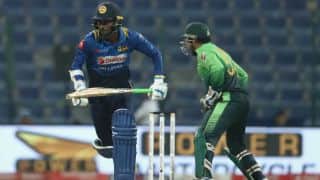