I'm working on a global league as big as IPL: Lalit Modi

I'm working on a global league as big as IPL: Lalit Modi

Banned for life by the Board of Control for Cricket in India (BCCI), former IPL commissioner Lalit Modi tells Taus Rizvi that he has moved on from the tussle with the board and will announce his future plans at an appropriate time. 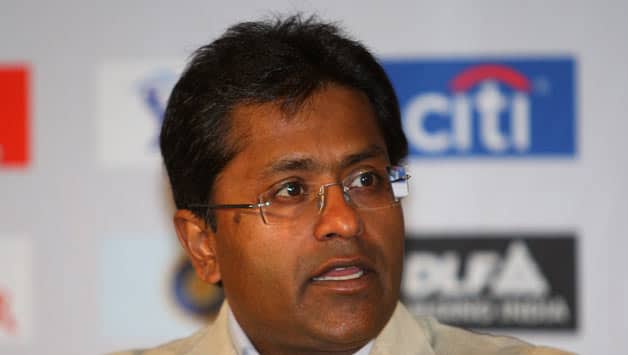 Banned for life by the Board of Control for Cricket in India (BCCI), former IPL commissioner Lalit Modi tells Taus Rizvi that he has moved on from the tussle with the board and will announce his future plans at an appropriate time.

Q: Were you expecting the BCCI to expel you at the special general meeting (SGM)?

A: Yes. The action of the BCCI was extremely predictable. Once [N] Srinivasan had lined up his forces against me, it was only natural that the SGM would all but toe his line. A case in point was that no other matter was discussed at the SGM and it took the BCCI members only 10 minutes to arrive at the verdict. It was all over in a flash and not a single word uttered by any member, if I am to believe media reports. The very fact that it was passed unanimously shows the sway Srinivasan holds over the members.


Q: Do you believe the decision was unjustified?

A: The very fact that I was not given a single chance to reply or defend myself in front of the disciplinary committee itself is enough of a statement. The disciplinary committee utilised a good part of one year to call witnesses against me and I was not allowed to even present my case. Where is the justice? Srinivasan has been running the board as his personal fiefdom and it is even easy for the layman to see just how power hungry he has become.

Testimony to which again is the fact that all his loyalists have been rewarded in some form or the other with plush posts at the AGM on Sunday.

Q: What will be your next step?

A: I am biding my time and will announce my plans at an appropriate time. I am not unduly perturbed and we will seek legal recourse.

This battle against the BCCI is not over by any means.

Q: Will you move court?

A: Legal recourse is one option that I am considering. But frankly, I have moved on.


Q: Do you think it was an agenda against you by Srinivasan?

A: Yes, I have always maintained that this was a huge conspiracy spearheaded by Srinivasan and his buddies. They needed a fall guy and, as I was the outsider in their club, I was made the same.


Q: The charges against you are related to financial irregularities in the administrative matters of the IPL. How do you react to this?

A: The disciplinary committee report is a sham. That it would be bias was never in doubt as the sole aim was to hold me guilty even if it means giving reasons that defy logic and common sense. When you have the complainant himself sitting as a judge, jury and executioner , how can there be any justice, fairness or due process?

Q: It appears Srinivasan was keen on your ouster from the board. Don’t you think so?

A: The BCCI is one of the richest sports bodies and Srinivasan would like to have complete control of the same. Unlike most members in the BCCI, I have always chosen to speak my mind openly and freely on matter pertaining to the game of cricket we all love. With me around, Srinivasan could always expect some opposition to his scheme of things.


Q: You took cricket and BCCI to another level. How do you take BCCI’s stand of expelling you from your favourite sport?

A: I have built IPL from the scratch and no one will ever be able to take that away from me. Am extremely proud of this fact. Today, BCCI has the financial clout because of this and I will continue to fight and am confident that the truth will prevail in the longer term.

But, as I said, I have moved on and am currently working on a very interesting project, which involves a global league. I will unveil the details at the right time when we are ready to announce the same.

I am sure it will be as big if not bigger than my last project.

Q: The last couple of IPL editions have been embroiled in controversies. What is the future of IPL?

A: I’d say that Srinivasan be rechristened “Mr. Controversy”. Whatever one did to build the IPL brand has largely been eroded by spot-fixing and betting. Spot-fixing, if found true, will bury the league and the game of cricket; its death penalty. How come there was no controversy when I was the chairman? Despite his son-in-law being charge-sheeted, Srinivasan insists that he has done no wrong.

Q: BCCI is in the news for all wrong reasons. What is wrong with the board?

A: By allowing Srinivasan to take control, you have given power to the man who only believes in I, me and myself. He has been working for himself rather than the board. A case in point is that all of Srinivasan’s loyalists have been honoured with posts and he has stacked the BCCI with all his “yes men”. Other voices of reason have been left by the way side and thus nobody can take any action.


Q: Will we see you make a comeback in the near future?

A: Nothing is permanent in this world. Wait and watch.