Few have bettered the feats of Ian Botham.

One of the true legends of the sport, Ian Botham was born November 24, 1955. Abhishek Mukherjee looks back at the career of one of the greatest all-rounders to have played cricket.

Sir Ian Terence Botham was not knighted for his services to cricket. It was for his charitable acts that he won his knighthood. You see, one can only be knighted once in your lifetime.

He was one of the greatest all-rounders in the true sense of the word: he played football, golf, baseball and rugby with proficiency, and even tried his hand at cricket — scoring 5,200 runs at 33.54, picking up 383 wickets at 28.40 and taking 120 catches from 102 Tests. The 383-wicket remained the world record for some time. The 120 catches remained an English record (along with Colin Cowdrey) as well until it was usurped by Andrew Strauss very recently. Such was the dizzying rate at which he accumulated runs and collected wickets that he was enlisted as one of cricket’s greatest after just 50 Tests.

Even if it comes down to individual performances Botham’s all-round accolades are second to almost none. Looking back at them a few decades from when they had occurred, they seem phenomenal — though none more than the 1981 Ashes. His “humpty” of 149 after following-on and winning the most unbelievable of Tests at Headingley coming at odds of 500-1 is well-known. But what is not so popular is the fact that he picked up 5 for 11 (including a spell of 5 for 1) to bowl out Australia in the very next Test at Edgbaston when they chased 151 for a victory. In the following Test at Old Trafford, he scored an outrageous 118 from 103 balls and took 5 wickets to seal The Ashes. And to round things off, he took 10 wickets at The Oval — a sensational series performance in the true sense of the word.

His 114 and 13 wickets against India in the Jubilee Test at Bombay is still a part of cricket folklore. His 138 at Brisbane in the 1986-87 Ashes was one of the exhilarating displays of strokeplay in Ashes history. His 8 for 34 against Pakistan at Lord’s in 1977 remains one of the greatest displays of swing bowling — the fact that he had scored a 108 earlier in the Test seems almost irrelevant.

And yet, Botham remains one of the most controversial characters of the sport: he was banned for three months in 1986 for smoking cannabis; there were rumours of womanising (which involved, among others, former Miss Barbados Lindy Field and a broken bed); there was a fallout with Somerset captain Peter Roebuck; he ran out – intentionally and rather controversially – Geoff Boycott to enrage the latter; he was accused of ball-tampering by Imran – an issue that was elevated to a court case that Botham lost – and had to incur all court expenses, including Imran’s; and a couple of years back, he was involved in a public argument with Ian Chappell in an Adelaide Oval car park. His Queensland contract was terminated after he was arrested for assaulting a fellow airlines passenger (though not before the arresting official asked him to autograph his bat). During his tenure at the jail he was visited by Dennis Lillee with a six-pack of beer!

However, these incidents do not tell the entire story. In August 1977 Botham broke a toe and was admitted into the Musgrove Park Hospital in Taunton. He took a wrong turn and reached a ward of children suffering from leukaemia who only had a few months to live. So, in 1985, he set out on the first of his many charity walks — a 900-mile trek. He has since then participated in multiple charity walks and has helped raise well over £10 million to contribute to leukaemia research. And it is largely because of efforts of Botham and the likes that the survival rates of children suffering from leukaemia has gone up from 20 per cent to 80 per cent.

Botham is confined to the commentary box these days, with something as meagre as a microphone in his hands. His legacy, however, lives on: there have possibly been greater cricketers. However, there has seldom been another who has combined efficiency and charisma to this extent. In an era when characters — and not moolah — dominated the sport, Ian Botham had taken cricket to new dimensions. 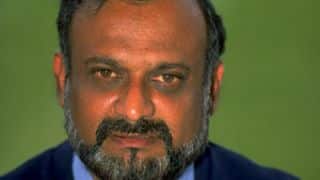