ICC and Afghanistan vs Scotland and World Cup cricket

ICC and Afghanistan vs Scotland and World Cup cricket

ICC World Cup 2015 has thus far been mostly about being upbeat about matches of India for most of us.

One major aspect of modern civilisation is the gradual uprooting of traces of natural poetry from different walks of life. That was how falling in love is manoeuvred towards the revenue of Hallmark. That was how the sincere spirit of public service takes a detour via dark tunnel of politics. That was how a Bengali is swept away from the warmth of his luchi (Google it) towards the cold, low-cholesterol regime of cornflakes. And that is how cricket moves away from being the freshness of morning breeze blowing across a dainty river to the burp of a glutton. And the smugness of ICC is contributing to this distress. ICC Cricket World Cup 2015: POINTS TABLE

It is interesting how International Cricket Council (ICC) is expressing an increasing apathy towards its first name. Consequently the global admiration for its middle name is likely to be as important as Ramesh is to SRT and Chandidas is to SCG. A Council ICC surely is, almost Panchayati in aura with around five heavyweights (heavier the revenue earning capability, heavier the clout) and these heavyweights intend to hold on to their heavyweightism (yes, yes, I know) by keeping other members in the fraternity impoverished.

How else could you explain ICC’s VVS-Laxman-attempting-reverse-sweep-level idea to reduce the number of teams to ten from the next World Cup? Lesser the Associates, better the levels of competition, is as suave an argument as saying ATP Tournaments should only be played with top four seeds. By that logic cricket should have been an annual affair between England and Australia and countries like India, Pakistan and Sri Lanka would have stayed equally dismissive about rugby, baseball and cricket. Top 10 bowlers in ICC Cricket World Cup 2015

Yesterday’s fixtures in World Cup saw two Associates taking on each other and two Test-playing nations lock horns. Amongst the Test-playing nations, one Team had two of my most favourite batsmen and the other represented the land of my forefathers. This was a crucial match for both teams in terms of progression in the World Cup. On the other hand, the match between the minnows involved players whose names were mostly unheard of before this tournament and it is unlikely that either of the teams would move ahead into the next round. Top 10 batsmen in ICC Cricket World Cup 2015

Yet, I must tell you this, Mr Dave Richardson — in case you have not noticed: the match between the minnows was so fantastically World Cup-ish that we, the cricket fans, had no reason whatsoever to switch over to the other match between two “Star” nations [while it comes to the generous use of the expression “Star” Nations, Bangladesh, do something with your Test Playing status no? Stop being a closet Associate brother). ICC Cricket World Cup 2015: SCHEDULE & MATCH DETAILS

ICC Cricket World Cup 2015 has thus far been mostly about being upbeat about matches of India for most of us. In my office, chats within colleagues would barely go beyond the exploits of MS Dhonis and Shikhar Dhawans and Mohammed Shamis. But for once, even on a working day, our office came to a standstill when the formula of bat-first-score-300-plus-bundle-out-opposition-within-220 formula of this tournament was challenged for the second time in two days (after Ireland pulled off the terrific win against UAE — not to speak of their win against West Indies!) as the Afghan lower-order fought against a vibrant Scotland attack to hold on to their hopes of first World Cup match victory.

Believe me, Mr Richardson, it took a World Cup match between two minnows to make us realise that Afghanistan is not really that far away from us — geographically or otherwise. After all, how distant could Dhritarashtra’s in-law’s place be from the hearts of us Mahabharata connoisseurs? We are a nation of blind supporters of the game and we love our blind.

For the first time in World cup 2015, we, the colleagues were in a huddle over a PC that showed live score and ball-by-ball online commentary. The match was so intense that we never bothered much about stares from seniors at work as our cheers for Samiullah Shenwari and Hamid Hassan were crossing the permissible decibels. It was only a matter of time though before the seniors got sucked into the grip of the fascinating finish while Afghanistan was doing it dramatically with their last-wicket partnership. It was so unbearably tense for the last few overs that even espressos could not cut through the tension in the air.

All this, Mr Richardson, was for a match between minnows. As Shapoor Zadran finished it off with a boundary with barely three balls to go, we exulted in a manner that was certainly no less frenzied as compared to our celebration of AB de Villiers’ run out in India’s last match.

Afghanistan and Ireland are here with the poetry the present industrial state of cricket deserves. Let us not take that sheen away from cricket. This is, after all, the ‘World Cup’. We assure you Mr. Richardson that minnows will take care of the TRPs of their matches and your revenue with all they have.

Give us fans a chance. Give cricket a chance. Please. #MoreTeamsInCWC2019Please

(Tanmay Mukherjee is a Bengali blogger who loves the internet, food, cricket and Kolkata, and is keen on compiling trifles) 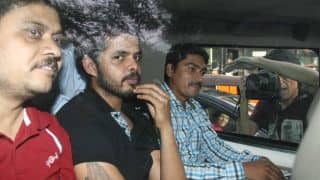 S Sreesanth was attacked with knife in jail, says family