The ongoing edition of the ICC Champions Trophy has been a particularly interesting one from an Indian perspective. 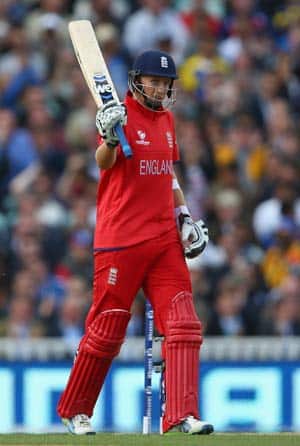 The ongoing edition of the ICC Champions Trophy has been a particularly interesting one from an Indian perspective. The absolutely pitiful summer that the Indians had managed in England a couple of years back had rightly raised some concerns among the fans, though the Indian captain was fairly assertive in suggesting the team had done decently in the One-Day International (ODI) series, barring the fact they failed to win even a single one of the four games played. But those anticipations of the Indian batting line-up, a nearly overhauled one, finding it difficult to adjust to the conditions have been put to good rest with an impressive ease, at least for the moment.

The overcast conditions are not all too unfamiliar for players having played here at this time of the year before, and that quite predictably makes things difficult early on for the team batting first. But what stands out is the nature of wickets prepared for the tournament, which is anything but the typical English tracks that made Indian bats look square pegs in a round hole not so long ago. It’s not that India have not yet faced quality pace batteries either. As has been repeatedly mentioned by the experts on the commentary panel, these wickets are pretty dry and the ball is not doing enough off the deck. This has tremendously helped the likes of Shikhar Dhawan, Rohit Sharma and Virat Kohli, as they are finding the conditions way more familiar than what they would have anticipated in the build-up to this tournament.

But at the same time, as India gear up to face the hosts for a Sunday final, the very same factors that have so far helped them do exceedingly well, might start to work in their opponents’ favour. Assuming the weather conditions do not change much and India are once again fortunate with the toss, the Indian seam attack is certain to provide an early scalp or two. In fact, Bhuvneshwar Kumar has been so impressive, he nearly guarantees an early breakthrough even if India are to defend a total in the afternoon with the sky having been considerably cleared out and the sun making its much brighter presence count. But unlike the oppositions that Indian attack managed to trouble, England have an in-form No 4 batsman in their armoury. This 22-year-old confident young lad, going by the name Joe Root, could prove to be the difference.

That the No 4 is the most vital position to any batting order in the modern game is a little contested fact. And of all the games that India have played in this edition of Champions Trophy, barring AB de Villiers on the opening day, nobody batting at the No 4 slot has given a hard time. While the West Indies middle-order triggered a downfall after a solid start from the top, the likes of Asad Shafiq, Misbah-ul-Haq, Mahela Jayawardene and Angelo Mathews never sensed the urgency to accelerate after seeing through the testing spells, or perhaps they could do little despite attempting to shift gears.

Every single top order has seemingly struggled against Bhuvneshwar Kumar’s ability to move the ball both ways and with good reason; one may propose the English openers shall not find life easy. It is therefore imperative to have an in-form No 4 who successfully holds the innings together once the ball loses some of its shine — two new balls aggravate the situation further here — and keeps finding the odd boundary from time to time. This gives the batting side a much required momentum and keeps the fielding captain, Dhoni in this case, in good check before trying something too unusual — casting off the ‘keeping pads and delivering a four-over spell, for instance.

Joe Root has not only added the much-desired solidity to the English middle order in the absence of Kevin Pietersen, but has also showed the right balance between composure and aggression. The innings that he played on his Test debut against India at Nagpur in December last year immediately comes to mind. Although on a fairly placid, un-cracked Day One track, his steady, mature and unfaltering 73 guided England out of a nervy situation and ultimately turned out to be decisive in not conceding the game and the lead in series.

Since the Test match, Root has grown in strength and has been a consistent performer for England across formats. He hasn’t played enough number of games yet to look too much at his batting average. The number still indicates one very critical element of his game — his grit to hold on to the crease for longer.

Root is not the kind of explosive batsmen that subcontinent teams have almost produced at will in last 20 years. He is the last man you want to think of slicing a new-ball bowler hard between the backward point and gully. He may not play a lofted drive inside out against the turn with the guile Virat Kohli seems to do. But what he ensures is setting a considerably high price for his wicket. And that is precisely why he is once again a potential difference maker against India on Sunday.

The England innings will continue to be constructed around two men — Alastair Cook and Jonathan Trott. But expect Bhuvneshwar Kumar to put England on the back-foot early on, regardless of whether they are setting up a total or chasing one.

Root will inevitably be the man to bat through the most important period of their innings. He will have to be very selective with his range of shots against the spinners who aren’t favoured much by the conditions but have been more than effective nevertheless. This game will be the biggest test for Root in his one-day career so far. And should he successfully lay a strong foundation, the likes of Eoin Morgan and Ravi Bopara can easily put the Indians off the guard in the death overs — something that has never been India’s strong point.

It can be argued Root’s personal success and failure here on Sunday will decide whether England finally break the hoodoo of losing major tournament finals or continue to embrace mediocrity at the biggest of stages. They certainly start as second favourites going into final, but the history of this tournament will testify that it is not such a bad thing after all. It is only fitting that the top two sides in the current rankings are facing each other off in the tournament that’s been billed as a “Battle of Champions.” In a way, it is intriguing for England to know that this last mile they need to cross to reach the glory is at the behest of a 22-year old, good-looking youngster from Yorkshire.

Speaking of the most successful county side in history, in Geoffrey Boycott and Michael Vaughan, Yorkshire have produced two of the finest the country has ever seen. The amalgamation of Vaughan’s craft and Boycott’s resolve might help Root do just about fine — and for years. He is clearly one for the longer run.