The Champions Trophy or the mini World Cup will be played for the last time, with the Test Championship primed for replacing it. But the Test cricket enthusiast would perhaps be saddened by its delay. 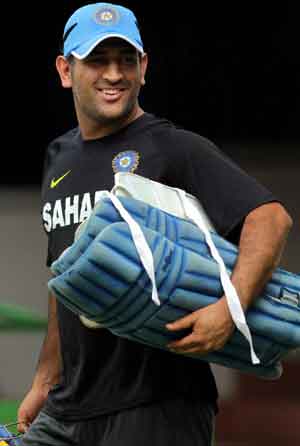 The Champions Trophy or the mini World Cup will be played for the last time, with the Test Championship primed for replacing it. But the Test cricket enthusiast would perhaps be saddened by its delay. The Test Championship was slated to be played a year or two ago but was cancelled and thereby denying the world witnessing the likes of Sachin Tendulkar, Rahul Dravid, Jacques Kallis, Ricky Ponting battling it out at a big stage for one last time — the last set whose batting nous has not been largely affected by playing T20 cricket.

But then, the world moves on. So does the cricketing world. Hosted by England, the forthcoming edition of the Champions Trophy has no runaway favourites in sight. At the end of the tournament, teams shall know where they stand as this reality check will be their ultimate wakeup call before the 2015 World Cup, to be played in similar conditions in Australia-New Zealand.

England will be buoyed by the fact that they are playing on known field. With Captain Cook and Joe Root in hot form, and a bowling attack more than just potent in those conditions, England might be expected to be unfazed by oppositions. But as always, cricket is a funny game and England a funny team, who in the past have fallen short in ICC tournaments. The loss of Kevin Pietersen to injury, their talismanic batsman, might just prove to be the difference at the end.

Defending the trophy, the Aussies can never be ruled out of an ICC tournament. A team which finally captured the trophy that eluded them in 2006, they have been hot during the last two editions. Michael Clarke will once again hold the key as he has done over the past year and a half, with “Most Valuable Player” Shane Watson and David Warner having hopes pinned upon. For them to go the distance without feeling Michael Hussey’s absence, they must play their game unerringly. A pace attack with lanky, boisterous pacers might just prove enough for most teams.

But both these teams would not mind losing. With the Ashes to be played in July, the Trophy only matters less, especially to the visiting team who hope to avert their third straight Ashes defeat.

The spotlights will be on South Africa. The No. 1 Test team, playing their last tournament under the industrious Gary Kirsten will be looking to galvanise their ODI performance as well. The winners of the first-ever Champions Trophy in Bangladesh, they have had very less success coming their way although they have had the best of teams which have capitulated in key moments in ICC trophies, thus earning them the C-tag. Since 1999, the team at the top of the perch in Test rankings has gone on to win the World Cup.

Whether or not they know the fact, the Proteas would love to win both the Champions Trophy and the World Cup.

Next in the pecking order for the punters are the Asian giants.

Sri Lanka again will depend on the Kumar Sangakkara-Mahela Jayawardene duo to carry the team, helped by the likes of Dilshan Tillakaratne, Dinesh Chandimal and the all-rounders they have. Their bowling will come under pressure as they will limit the number of spinners they play to just the prolific Rangana Herath, having to bench the mystery spinners that they banked upon in Sri Lanka during the T20 World Cup. Most of the work has to be done by the sinister Lalith Malinga and the Trojan in the good sense, Nuwan Kulasekara. Sri Lanka have an excellent track record in major tournaments although trophy-less, but who knows, they may turn the tables this time.

India enters an ICC tournament without the retired Sachin Tendulkar who wanted the preparation for the World Cup to begin in the right earnest. The selectors have not pardoned the experienced opening duo of Virender Sehwag and Gautam Gambhir for poor form, and Yuvraj Singh left out on form and/or fitness grounds. With a rather inexperienced top order, a newish pace attack much depends on different players coming good on different occasions. But then, Mahendra Singh Dhoni could still pull a few rabbits out of not only his but even others’ hat. His handling of Dinesh Karthik, Ravindra Jadeja and Ishant Sharma and deciding where he himself bats, to me, will decide India’s fate. The time is ripe for Virat Kohli and Suresh Raina to show the world that they are good travellers.

Pakistan has achieved some amount of stability over the years in terms of their team, but still remain to be hot or cold on different days. They can boast of a pace attack that collectively makes equal damage as a well-oiled Dale Steyn could produce. Their campaign will largely depend on their bowlers to win them any match, given the hot and cold nature of their batting, given the English conditions. Below par fielding and wicket-keeping in the past have cost them dearly and they must have everything spruced up.

The surprise element in most tournaments has been New Zealand which has often punched above their weights. They would once again look to do the same with a squad different from that lost 2-0 in the Tests versus England.

Dexterity with both the ball and bat comes only to a few and the Windies have quite a few of such players. Past winners of the Champions Trophy, and having powerhouses in their ranks they would look to once again spoil others’ show but to pip every other team in the final, their bowling must come good and the all-rounders must come good. Under their new captain Bravo, they will start afresh and their free-flowing cricket will be sought.

All in all, this is a wonderful tournament for all teams before the 2015 World Cup and with a host nation that offers good scope for both bat and ball to claw back, and an Indo- Pak clash in the offing, the last Champions Trophy is worth the hype and watch. As long as the weather and the bookies stay away from marring the scene, we are set to have a cracker of a tournament.

How about a game between Fixers versus Non-Fixers?