ICC need to stand up to save cricket in Ireland!

ICC need to stand up to save cricket in Ireland!

Just by playing the smaller nations in the sport like UAE, PNG, Zimbabwe and Scotland, the growing curve of Ireland will always remain downwards.

Ireland had shocked the world when they knocked Pakistan out of ICC World Cup 2007. Four years later, they upset England in the World Cup, breaking several records on their way. These are the memories every cricket fan goes back to when there is a mention of Ireland. Nine years have passed since Ireland’s triumph over Pakistan; five, since their win over England; another edition of the World Cup took place, Australia lifted the trophy for a record fifth time, but unfortunately Ireland does not seem to have really moved forward growing after their victory against England in the 2011 World Cup. Trent Johnston’s hard work, Niall O’Brien’s composed batting under pressure, Kevin O Brien’s single-handed onslaught (Ireland s chased 328; Kevin smashed what was then the fastest World Cup hundred, in fifty balls). Hopes rose for Ireland. They decide to believe in themselves maybe they would, some day, compete against the big nations of the sport in equal terms. Unfortunately, that is not likely to happen anytime soon, as Sakshi Gupta points out.

It has been ages now since Ireland has played a major nation (barring the rain-washed one-off matches England or teams visiting England play every summer). They seem to play UAE, Papua New Guinea (PNG), Zimbabwe, Scotland, and others every now and then. One wonders how much this is actually helping their cause, for their growing curve keeps pointing downwards. Ireland do have the potential and character; what they lack is the nurturing. The Irish are clearly not to be blamed here. ICC do not organise their series against the top-ranked sides. They had stated to apply for Full Membership of ICC with the aim of achieving Test status and restated its intention in 2012, but the 2012 plan aims to achieve Test status by 2020, provided they win the next ICC Intercontinental Cup. READ: 2015 Yearender: Ireland have bright path ahead as they keep on developing as a unit

With Ireland winning four of the last five Intercontinental Cups, there is a high possibility of them winning the next one as well. The only hurdle in their cricketing career is the financial department. Ireland only face the likes of India, Australia or England in ICC events like World Cups and World T20. The higher-ranked sides are not willing to play Ireland, for the series will attract no sponsors.

This will mean that they will have to do with one big win per World Cup, which they duly did by defeating West Indies in 2015. They recently lost the three-match ODI series against Zimbabwe with winning just the final ODI, and are unlikely to play an ODI series against a Test-playing nation anytime soon.

Before playing World T20 2016 qualifiers, where Ireland qualified for the big event, they hosted Scotland for 4 T20Is. The visitors won the series 2-0, with two matches getting washed out. At present, Ireland are playing UAE, having won the first T20I and lost the second. Following their defeats to the likes of UAE, Scotland and PNG, the future of Ireland is surely in a hazard. The authorities are likely to cite these defeats as reason to delay their Test status. What they will ignore is the fact that no side can improve without exposure against sides of the highest pedigree.

William Porterfield, Paul Stirling, the O Brien brothers, and many other Irish players deserve better treatment on the international level. Ireland rank above Zimbabwe in ICC ODI rankings, and yet Zimbabwe enjoys Test status. This, despite the fact that Zimbabwe have not played a single Test in 2015. Go figure.

With ICC coming up with a format of ten teams in 50-overs World Cup, Ireland, an Associate Nation, will have to go through the qualifiers. The Big Three of cricket India, Australia and England who claim to be well-wishers of the sport, are expected to do something about the stepmotherly attitude dished out to the Irishmen. If this continues to happen, the Irish will, in all probability, go the Eoin Morgan or Boyd Rankin way, opting to play domestic cricket in England and aspiring to don an English Test cap.

That, indeed, will be one of the saddest things to happen to 21st-century cricket, what with West Indies on the wane, a limited few nations willing to host Pakistan and West Indies going steadily downhill. It will certainly not be the greatest advertisement for a sport administration body. 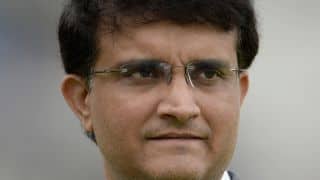