Shruti Chopra dwells into her tarot cards to see what lies ahead in the second semi-final of the ICC T20 World Cup game between Australia and the West Indies on Friday. 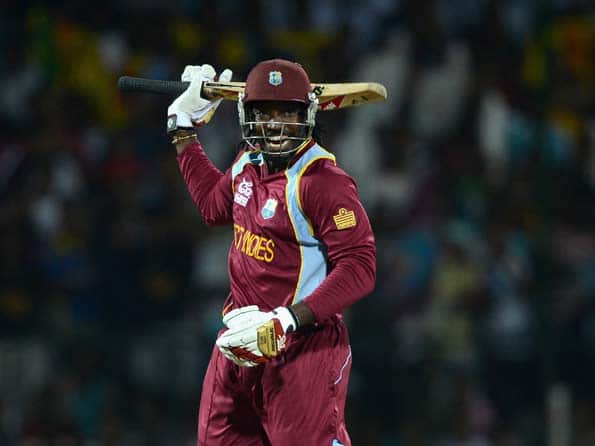 Chris Gayle does not want to charge ahead without assessing the situation, but once he has, he will will play a strong innings © Getty Images

Shruti Chopra dwells into her tarot cards to see what lies ahead in the second semi-final of the ICC T20 World Cup game between Australia and the West Indies on Friday.

Australia will need to be careful of believing that they have won the game even before it begins. Despite having a strong start, the right attitude and the aggressive plans in place, with the Ten of Wands drawn, they will come under pressure and will have to work hard to pull themselves out of it. The Queen of Pentacles does show them emerging from such moments which will get the best out of them.

The Seven of Cups suggests a confused George Bailey, but he will eventually look quite comfortable in his role. He will manage to adapt himself well and with the Five of Wands revealed, he will look to make his captaincy more aggressive. The Chariot represents a confident batting start where he will play a balanced role, but he will find it tough to maintain this and will falter.

Shane Watson will not have an easy day. The Seven of Wands shows him pulling out all his resources to overcome his concerns, which he will manage to do to a certain extent.

David Warner will have lots of ideas and will look to implement them all. This will not be the wisest move, which he will realise. The Empress is indicative of him steadying himself and playing well.

Michael Hussey will be like the Eight of Swords – he will appear too restrictive even though he will have strong plans. It will be tough, but he should be able to pull himself out of this and play a respectable innings.

Brad Hogg will bowl steadily, but it will be tough for him to receive equivalent results.

Mitchell Starc is represented by the Four of Pentacles, which means that he will be miserly and effective.

The occasion will initially appear too big for the West Indies, only for them the remove themselves from the lack of self belief being presented by the Seven of Cups. They will steady each other and despite not feeling entirely secure, they will be ready to grow and elevate themselves. The King & Ace of Wands is a strong indication of them not giving up and moulding themselves according to the situation. They will need to be more aggressive with their bowling and fielding.

Darren Sammy will be happy with his team, but he will need to be more proactive as a captain. The Page of Cups warns of the importance of being realistic and applying yourself, therefore it will be important for Sammy to not get complacent. He will have a good all round performance with the ball and bat which the Two of Cups is suggestive of. He will remain steady and play well in tandem to the team’s needs.

Having drawn the Four of Pentacles, Chris Gayle does not want to charge ahead without assessing the situation, but once he has, he will will play a strong innings.

Johnson Charles is looking to play a steadily and with the World card revealed he will be careful with his tactics and will provide the right support.

Marlon Samuels will need to bring together his ideas quickly since the Nine of Pentacles is rewarding him with a good day.

Sunil Narine will require a gentle push in the right direction, which he will grab on to. He will be deceptive and implement his plans well.

Ravi Rampaul will be expensive but he will be able to capitalise on the batsman’s weaknesses. Aggression and belief will keep him going. 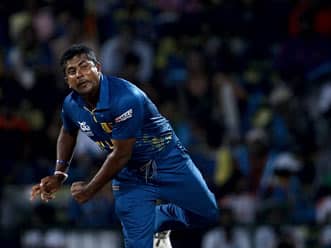