The two teams who started the campaign together will be facing each other for the last time in World Cup 2018.

The India U-19 team had made news when they were knocked out in the group stage of Asia Cup after losing to Nepal by 19 runs. This happened just over two months back. The team has come a long way, bouncing back strongly, remaining unbeaten in the ICC Under-19 World Cup 2018. The Rahul Dravid-mentored and Prithvi Shaw-led side had shown their intent in the tournament when they defeated South Africa by a massive 189 runs in a warm up match.

Team India were included in Group B along with Australia, Zimbabwe and Papua New Guinea. India faced Australia in their opening match of the World Cup. Electing to bat India posted 328 runs. Shaw and Manjot Karla’s opening stand of 180 runs and Shubman Gill‘s 63 quick runs were the highlights of the innings. The Australian innings was wrapped up for 228 with Jack Edwards being the top scorer hitting 73 runs. Shivam Mavi and Kamlesh Nagarkoti bowled at menacing pace and shared six wickets among them as India registered their first win in the campaign. India then defeated both PNG and Zimbabwe in what were one-sided game, cruising home by 10 wickets.

Bangladesh managed to bowl out India under 50 overs for the first time in the tournament. Gill was the star performer again with 86. However, Bangladesh’s batting line up could not stand tall against India’s bowling strength. Bangladesh were all out for 134 with Nagarkoti picking up three wickets in 7.1 overs.

India were against Pakistan in the semi-final, who had defeated South Africa to reach there. Pakistan’s sloppy fielding and Gill’s brilliance with the bat allowed India to post a total of 272. Gill registered his fourth century of Under-19 cricket and maiden century in the tournament, slamming 102 not out of 94 balls. India’s strike bowler Ishan Porel who got injured in the tournament, ran through Pakistan’s batting line up picking up 4 for 17. The Pakistan’s innings was wrapped for 69 under 30 overs.

Australia, who started their campaign with a 100-run defeat against India, defeated Zimbabwe by seven wickets in their next game. They bowled them out for 134 under 35 overs with Xavier Bartlett picking up 3 for 20. They chased down the total under 20 overs losing only three wickets.

Nathan McSweeney scored a brilliant 156 against PNG helping his team to post a massive total of 370. Jason Ralston, with his bowling figures of 7 for 15, winded up the PNG innings for 59 securing Australia’s place in quarter-final.

In the quarter-final against England it seemed Australia’s journey in the World Cup campaign would end as they could only manage 127 after opting to bat. However, Lloyd Pope had other plans as he turned the game around with his leg spin, picking up 8 for 35 in 9.4 overs. Pope recorded the best bowling figures in the history of U-19 World Cup. England were bowled out in the 24th over.

Australia’s next challenge were the Afghans who had qualified for the semis defeating the host comfortably by 202 runs. Ikram Ali Khil with his 80 runs took Afghanistan’s total to 181 in the semis. Jonathan Merlo picked up 4 for 24 in his 10 overs. Edward being the top scorer gain with 74 led the foundation of Australia’s win, securing their place in the final.

The final is all set to be held on February 3 at Bay Oval, Mount Maunganui. The two teams who started the campaign together will be against each other. India with their winning streak and dominance over their opponents are certainly the favourites while Australia peaked at the right time and will eye vengeance. Both teams have won the World Cup at this level, thrice. 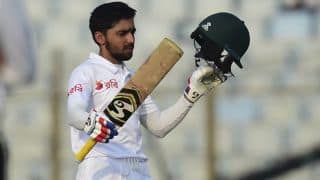 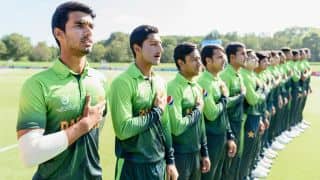