Indian bowlers must get it right against Ireland.

The fastest-ever hundred in World Cup history by Kevin O’Brien has come at an appropriate time when cricket’s quadrennial showpiece event is considered an elitist event, where minnows are regarded as unwanted misfits. Even while minnow bashing continues in incessant waves, O’Brien’s unprecedented blitzkrieg flattened England and shut the carping critics from taking pot shots at the associate member nations of the ICC.

O’Brien’s epic innings has unequivocally ensured that hosts India take Ireland as seriously as they would any of the opponents in the World Cup. As the focus shifts on Ireland, the Indians would be worried about this dexterous destroyer who single-handedly laid the might of the English low at Bengaluru.

O’Brien or no O’Brien, the Indian bowling has been a cause for concern even before entering the 2011 World Cup. That weakness has magnified considerably in every match they have played.

Let’s take a closer look at the health of the Indian bowling attack:

Zaheer Khan: The only bowler who has looked a genuine threat and capable of getting wickets. It was his reverse swing that triggered India’s comeback in the match against England when all seemed lost. All said and done, Zaheer was guilty of giving away freebies in his opening spell. He would do well to bowl a stump-to-stump line, and drift into the batsman’s pads or bowl short. A tight opening spell by Zaheer can do wonders for the team as his reverse-swing would come into play in the middle overs and at the death.

Munaf Patel: He bowled well in patches, but without much reward. Munaf needs to keep varying his line and pace. As surprise weapons, he should fire into the block hole or bring in the occasional bouncer into play. He bowled a splendid 48th over against England, but needs to guard himself against bowling too many loose balls in his opening spell.

Shanthakumaran Sreesanth: The mauling he received at the hands of Bangladesh in the World Cup opener may have dented his confidence. It looks unlikely Mahendra Singh Dhoni would like to induct him in the starting eleven for the Ireland game. But Sreesanth is one guy who can be trusted to come up with something special when written off.

Ashish Nehra: The left-arm seamer has done nothing to improve his image as an injury-prone guy. He was tipped to play against Bangladesh, but back spasms have seen him miss all the matches so far. He has done well at the death in ODIs and one hopes he does the same against Ireland, provided is fit to play the game.

Harbhajan Singh: He was the most economical of the Indian bowlers against England, but he is one bowler captain Dhoni looks for wickets and not for containment. His inability to get wickets against England in the middle overs allowed Andrew Strauss and Ian Bell to run away with the game. Harbhajan must strive to get wickets in the middle overs against Ireland and get rid of the dangerous O’Brien early.

Piyush Chawla: His over-reliance on googlies made him predictable. He hardly turned his intended leg-spin against England and was taken for runs quite easily by the English batsmen. If pitted against O’Brien, he would do well to rely less on googlies.

Ravichandran Ashwin: He is a bowler who possesses the variety to trouble the opposition – the famous carrom ball, which generates extra spin, as his speciality. He has the ability to not just peg the run rate down but also take wickets. He is widely talked about as Dhoni’s choice to open the attack if the team management opts to have a spinner opening the bowling attack – a ploy New Zealand and Zimbabwe used while employing the services of Nathan McCullum and Ray Price upfront.

Yusuf Pathan: He is one bowler whose principle responsibility is containment; bagging wickets is a bonus for the team. Dhoni would be happy if he goes for less than six an over.

Yuvraj Singh: He may bowl to fill up the role of a fifth bowler, but he has this knack of breaking partnerships. Again, Dhoni won’t mind if Yuvraj is taken for 50-55 runs from his 10 overs – that is, provided he bowls well enough to complete his full quota of overs. 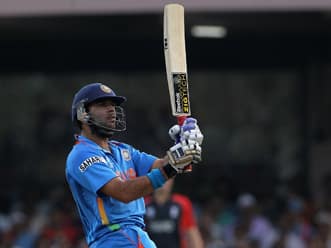 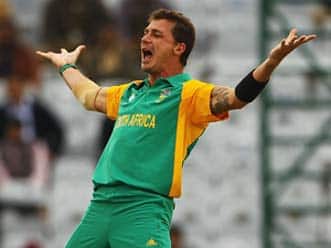 A fast bowling feast for the weekend