Franchises like Rajasthan Royals and Kolkata Knight Riders will have four players each representing.

As the Indian selectors announce the probable 30-man squad for the upcoming ICC World Cup 2015 scheduled to get underway from February next year, it has come to notice that there have been a notable exclusion and inclusions in the squad. However, it can also bee looked upon in a different picture if compared to the IPL teams. Pramod Ananth does the same as the takes a look into the players on the basis of IPL.

The 30-man squad for the upcoming ICC Cricket World Cup 2015 was announced today with the so-called big five, Zaheer Khan, Yuvraj Singh, Harbhajan Singh, Gautam Gambhir and Virender Sehwag were excluded from the list as expected. Out of the thirty, let’s take a look at the how many players from each Indian Premier League (IPL) team made the cut.

Chennai Super Kings (CSK) and Sunrisers Hyderabad (SRH) have six of their players from their sides. The likes of MS Dhoni, Suresh Raina and Ravichandran Ashwin constitute three out of the six players from CSK who have made it to the list; they were part of the triumphant World Cup campaign of 2011 as well.

Franchises like Rajasthan Royals (RR) and Kolkata Knight Riders (KKR) will have four players each representing them. Sanju Samson (RR) and Kuldeep Yadav (KKR) seem like the two exciting prospects from the lot.

Delhi Daredevils (DD) have the likes of Kedar Jadhav, Manoj Tiwary and Murali Vijay whereas Royal Challengers Bangalore (RCB) are represented by has Virat Kohli, Varun Aaron and Ashok Dinda. Mumbai Indians (MI) will have their skipper Rohit Sharma along with Ambati Rayudu, and Kings XI Punjab (KXIP) will have the exciting Akshar Patel and wicketkeeper Wriddhiman Saha, who is likely to be the back-up wicket-keeper for Dhoni.

Here is a complete list for all players, franchise-wise:

(Pramod Ananth is a reporter for CricketCountry) 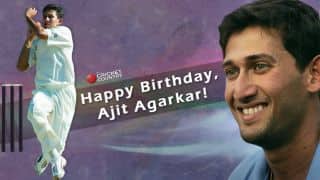