Shruti Chopra dwells into her tarot cards to see what lies ahead in the Australia vs South Africa  ICC T20 World Cup game on Sunday. 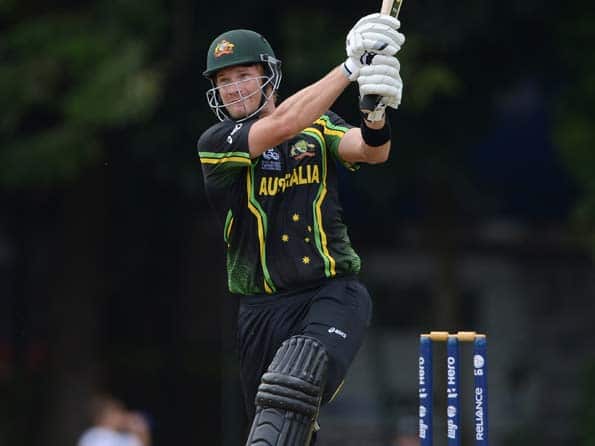 Shruti Chopra dwells into her tarot cards to see what lies ahead in the Australia vs South Africa  ICC T20 World Cup game on Sunday.

The Australians do realise that this going to be a hard-fought match, yet as represented by the Justice and Five of Wands, they are ready to battle it out. They will manage to get over their edginess and deliver their plans at an optimum level. The Page of Wands does warn of instant deliverance being needed, therefore they will need to be careful of not leaving things to the last moment. They will equally space out their potential and be strong in most areas. The Three of Swords does suggest occasional complacency in the field.

George Bailey will be a proactive captain. With the Queen of Swords showing authority and dominance through strong plans, it is suggested that its’ implementation will be timely and effective. Bailey will bat well, but he should be warned of not changing his tactics, otherwise he will lose momentum and lose his wicket despite the good start.

Shane Watson has drawn the Six of Wands and the Star, both reaffirming the continuation of his success.

David Warner will have an average day. It will be tough for him to maintain consistency and balance, as suggested by the Two of Pentacles.

Brad Hogg will have his moments of success, but he will be wayward. The Page of Swords advises of better focus.

Pat Cummins will do well for the team and be economical. He will need to continue this momentum, especially as the Eight of Cups shows a weak end.

Glenn Maxwell will be expensive, but he will bring about important breakthroughs and elevate the team’s position.

South Africa have very simple ideas, but very effective ones too. They will not try too many variations or look to take risks, instead with the Three & Eight of Pentacles drawn, they will be prepared to work hard and achieve results. The High Priestesssuggests that they will need to be cautious with their batting as they will appear over aggressive, causing them to pull out all their resources.

The Page of Cups represents a confused and soft AB de Villiers. He will not feel entirely comfortable with his captaincy. His batting will also start off to be quite sedate, but this will change quite quickly into the aggressive and accumulative Nine of Pentacles.

Jacques Kallis will do better with the ball. He will not appear to be at ease in his batting as indicative of the Seven & Knight of Swords.

Robin Peterson will have an average day with the ball, but with the Ten of Pentacles drawn, he will be more successful with the bat. He has the ability to shift gears and accelerate.

Johan Botha will have aggression and direction. Like the Knight of Wands he will charge ahead and do well.

Morne Morkel will start off with the control of the Strength card, but this will not last. He will have a tougher day than expected.

Dale Steyn has drawn the deception of the King of Cups and the balance of the Hierophant. These qualities will reflect in his bowling.