Besides Shakib and Tamim, the current team boasts of a host of match-winners in Sabbir Rahman, Mahmudullah, Soumya Sarkar in the batting department and Taskin Ahmed, Al Amin Hossain and the wiry-fast bowler Mustafizur Rahman in the bowling department.

If one thing has to be named that has stood apart in the cricket world since the conclusion of the ICC Cricket World Cup 2015, it has to be the rise of Bangladesh cricket team. The ‘Tigers’ as they are fondly known as by their scores of enthusiastic fans, have been phenomenal during that period, taming Pakistan, India and South Africa in their den. Even though their wins have come at home and they have hardly played any cricket outside Bangladesh since the World Cup, nothing can be taken away from them, as the wins have come against traditional powerhouses.

Though Pakistan — who were going through a transition then — and to some extent South Africa had sent relatively weaker sides to Bangladesh, a full-strength India too were humbled, which suggests the wins were no fluke and gives a good account of the rise of Bangladesh side. The team, which was once dependent on the likes of Shakib-Al-Hasan and Tamim Iqbal, their only world-class players for a long time, suddenly found new heroes to bank on. This was evident in the recently concluded Asia Cup hosted by Bangladesh, where new heroes emerged to take team to the final. READ: ICC World T20 2016, Pakistan overview: The unpredictable team in an unpredictable format.

Besides Shakib and Tamim, the current team boasts of a host of match-winners in Sabbir Rahman, Mahmudullah, Soumya Sarkar in the batting department and Taskin Ahmed, Al Amin Hossain and the wiry-fast bowler Mustafizur Rahman in the bowling department. Apart from them, they have the inspirational figures in the form of former captain Mushfiqur Rahim and current captain Mashrafe Mortaza in the team, who lend a lot of experience to the otherwise young side. Bangladesh are no more the pushovers, no more in big tournaments just to make up the numbers. But they are a genuine force to reckon with; a rising force which can be taken lightly by a team only at its own peril.

They came in the ICC World T20 2016 at the back of a successful Asia Cup campaign. The loss in the final though a heartbreak, the team showed enough spunk in their campaign. It was a pity they had to go through the first round or the qualifier at the World T20, especially after a wonderful run in past one year. But the team continued to play their fearless and attacking style of play to see through the other qualifier sides and book a place in the main draw, where they will face title favourites India, Australia, Pakistan and New Zealand.

Their entry to the group makes things interesting. It is a known fact that no team will dare to take them lightly after their recent exploits. The conditions in India, which are similar to Bangladesh, will also boost their chances in the tournament. They have enough ammunition in their arsenal to beat any opposition on any given day, something the other teams need to be wary of. They take on Pakistan, a team they have beaten in all five previous outings, in their first match of round 2 in Kolkata on Wednesday. Expect a cracker of a game and an equally good campaign as the rising ‘Tigers’ look to add another feather in their cap. 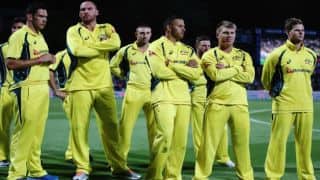