Australia remains the only Test playing nation where India are yet to win a bilateral ODI series.

16 wickets for Kuldeep Yadav in the ongoing series, the most by any spinner in a series or tournament on South African soil, bilateral or otherwise. Yuzvendra Chahal holds the joint-2nd spot with 14: he is tied with Muttiah Muralitharan, who got his 14 wickets in the 1997-98 Standard Bank ODI series. They also surpassed the previous record of 12 in a bilateral series, held by Keith Arthurton.

0 bowlers have taken more wickets than Kuldeep (16) in an India-South Africa bilateral series. Chahal (14) comes second. Both of them went past Lonwabo Tsotsobe, who had taken 13 in 2010-11. The Indian record of 11 was previously held by Munaf Patel, also in 2010-11.

38 wickets for Kuldeep in ODIs, the 2nd-most among Chinaman bowlers. Kuldeep went past Michael Bevan (36). However, Brad Hogg (156) is way ahead of Kuldeep.

20.08 Rohit Sharma s ODI batting average in South Africa. The 115 at Port Elizabeth was his highest score in the country by far: his previous highest was a mere 23. He averaged 11.45 till yesterday.

4/51 for Lungi Ngidi, his best bowling figures. This was his 3rd ODI. He had taken 2/52 in his second, at Johannesburg.

17 catches for Virat Kohli in India-South Africa ODIs, the joint 2nd-most in history among non-wicketkeepers. Kohli has drawn level with Rahul Dravid and is behind only Graeme Smith (19). 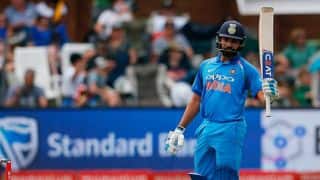 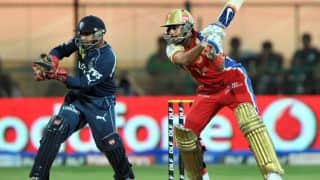