It would have been grossly unfair for the ICC to give any preferential treatment to Mohammad Amir instead or at the expense of Salman Butt and Mohammad Asif.

I am quite clear on this issue. It is simply a case of cricket being bread and butter for the three players. That is how they earn their living. They made a mistake, but they have been punished; they have served their ban period and deserve another chance. The International Cricket Council (ICC) is allowing them to continue to pursue their career, which is great. But make no mistake, their entry into the Pakistan team is not a given based on their past performances. Their current performances and form will need to be monitored carefully and they will need to prove that they are once again capable of representing Pakistan. Not only will the skill of these players be put to the test but also other intangibles will come into play before they can make a comeback for Pakistan. Their entry back into Pakistan team cannot be rushed.

It would have been grossly unfair for the ICC to give any preferential treatment to Mohammad Amir instead or at the expense of Salman Butt and Mohammad Asif. In that respect, the ICC has taken the right decision. It is quite clear that PCB have been taken aback by the ICC allowing all three players back into the fold at the same time. There is a story behind the PCB favoring Mohammad Amir’s early return to cricket, but unfortunately I cannot elaborate on that at the moment. But people are free to read between the lines.

I hear a lot said about Pakistan’s answer to the world T20 leagues, but first of all and foremost the Pakistan Cricket Board (PCB) has to come out with a business plan and share it openly with everyone. Look at it from the point of view of a potential franchise owner who will be spending his money on this business venture. How is he to recoup his investment and also earn a profit? At the moment, it appears that there is no business plan. How are PCB expecting investors to gain from this venture? Do we expect people to earn money by fixing matches? Have we not learnt our lessons?

We all know that such ventures aren’t worth much without sponsors stepping in to the mix. The PCB are probably covered as they will get sponsors, but who will sponsor the individual franchises? Consider the fact that potential Pakistan sponsors can only spend so much on advertising/sponsorship, charity, print media, sporting events etc. According to some estimates, this is close to Rs 60 Billion which is spread on various forms of advertising and commercial activity including on mega events like the ICC World Cup or World T20. How much share of this spread can the franchises expect in their pockets? It is only an attractive business plan that will bring all this together. An absence of a viable business plan will simply lead to allegations of corruptions and put the PCB and Pakistan cricket into a further crisis. The business plan and the whole process of organizing this tournament needs to be transparent and for the consumption of every citizen of Pakistan. Nothing less will suffice. Simply copying the idea of a league from others is not enough; there is a lot of thought that will need to go into this before PCB can claim any form of success in this project.

Can someone tell me the purpose of having the Pakistan Super League away from Pakistan? Does that idea even make sense? If the idea is to attract foreign teams to Pakistan then I will humbly submit, that playing games outside Pakistan is NOT the way to do it. The message you are giving to the outside world for Pakistan’s suitability as a safe destination is totally messed up and will have the opposite effect. I see no logic in this.

It would appear that we are more concerned about attracting foreign players to the league and that is the prime driver for holding this competition overseas. So, we are not worried about improving our own players but we are more concerned about getting overseas players in to the mix. Let’s start worrying about improving our home grown talent. We hardly have any good players coming up the ranks. We already have two or three T20 tournaments in Pakistan, how about simply raising the standards of those tournaments instead of going to a foreign location to hold yet another tournament? The tragedy of this is that we pay a pittance to players in local tournament such as Rs 3000/- per match but we want to have our version of Indian Premier League (IPL) and copy the big payers and spenders from other leagues around the world.

The India-Pakistan series now appears to be a lost cause but really, we should be putting questions about the fate of this series to the people who went out of their way to lend their unconditional support to the Big 3. We were then told that Pakistan were assured of many series with India as if this was the price of our support. We were also told that PCB would be rich by a few billion dollars. These were tall claims made by people who now run PCB and these people should be asked some serious questions about what’s happened to those claims now and was that simply an attempt to fool the Pakistani fans?

Make no mistake, I have no qualms about playing India. If the series happens then that would be fine, but there is one important question here. We have played India a few times in the past and undoubtedly earned money, but what has the game of cricket in Pakistan gained from these funds? Was it beneficial for First-Class cricket in Pakistan or was the game of cricket improved at the grassroots level? What makes us think that new monies from more series against India will be used any differently? 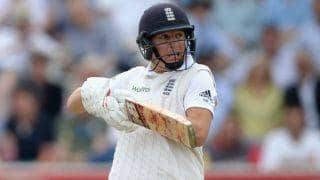 Steve Smith is staring at a huge hole in Australian cricket