Who knows, burning stubble may give Team India that elusive series victory in South Africa in other words, Ash-win.

The Indian cricket team are yet to win a Test series in South Africa. They are not alone in this: no touring team barring Australia and England, that is has managed to achieve this.

However, the current Indian side are not willing to give up so easily. The Sri Lankans had looked in obvious discomfort during the Delhi Test earlier this month due to heavy smog. Experts have established the burning of crop stubble in adjacent states as one of the chief reasons behind this.

A consignment of crop stubble arrived in the Durban Harbour last night. This was unloaded by a group of 84 Indians, same as the number of runs South Africa were bowled out for in the Johannesburg Test of 2005-06.

One of them revealed to our correspondent that these would be burnt every day outside the stadiums till the series got over. When asked who gave them orders for the same he merely winked and responded: It s just what the doctor ordered.

But why did they listen to these orders? Why did they have to? The response came in an amalgamation of Hindi and English… This is Natal Province… Natal means na-taal… we had to obey…

But couldn t they be tried for treason? Won t this put their South African citizenship in jeopardy? The answer was ready: This is a city of the brave. It s in the name: darr-ban.

Of course, they sounded sceptic about the stratagem working in Newlands, where the first Test will be played. Cape Town is difficult… capes are very cheap… they can always buy capes and wrap them around their faces…

We did not have the heart to tell them that AB de Villiers did not need to be in Cape Town to own one. He was a superhero by definition.

However, they sounded more optimistic about Centurion and Johannesburg. Both cities are in Gauteng. You know that gau is cattle, and what is crop stubble but cattle fodder? We can easily bring as much as we want to.

They also think that this may have a direct impact on Hashim Amla, who shares his surname with the name of a tree. What man can keep his calm if he gets to know his fellows are burning? This will definitely break his concentration. They should have thought of this long ago.

It is not easy for inhabitants of a country with superior air quality to breathe let alone play cricket in smog. The Sri Lankans had looked in discomfort. Some of them fielded in masks; some had to leave the ground to seek temporary relief to the extent that there were only ten fielders on the ground at one point.

Will this ploy work in South Africa? India certainly have a greater chance these men pull off the smog act. Who knows, burning stubble may give them that elusive series victory in other words, Ash-win.

This is a work of pure fiction but you have already figured that out, haven t you? 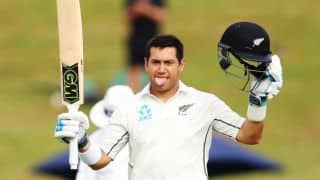 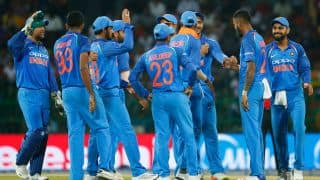