India announced their squads for Asia Cup T20 2016 and ICC World T20 2016 on Friday, with Mohammed Shami and Pawan Negi making it to both teams.

India announced their squads for Asia Cup T20 2016 and ICC World T20 2016 on Friday. Mohammed Shami made a comeback to the side, while Ajinkya Rahane kept his spot. Manish Pandey did not find a place in the team, while Pawan Negi made a surprise appearance. Umesh Yadav and Bhuvneshwar Kumar were notable names to miss out as well. Though there was an outside chance for Irfan Pathan to make it to the squad, he was eventually left out in favour of Hardik Pandya. The rest of the team was picked on expected lines, with more or less the same team that played in Australia being picked. READ: India get their balance right for ICC World T20 2016; Amit Mishra and Irfan Pathan bound to feel unlucky

Batsmen: India’s power-packed batting line-up is arguably one of the most dangerous ones in limited-overs in world cricket right now. The batting will be led by Rohit Sharma and Virat Kohli — two of the most consistent and destructive batsmen in the world on current form — and backed up by the likes of Shikhar Dhawan, Rahane, Suresh Raina, Yuvraj Singh, and MS Dhoni. READ: Virat Kohli is the best batsman across formats in international cricket: Proven

Rohit and Kohli were in absolutely fantastic form in India’s recent tour of Australia in both ODIs and T20Is. They will be India’s main batsmen in the tournament, with Kohli already being the No. 1 ranked T20I batsman in the world. Though Dhawan is yet to score a T20I half-century, his ODI record and his recent form mean that he will continue to be India’s first-choice opener along with Rohit. READ: India have found their ideal T20I combination ahead of ICC World T20 2016

India’s middle-order is capable of belligerence as well. Raina announced his return to form with two vital innings in the T20Is in Australia, the second of which helped India win off the final ball in the third T20I at Sydney. Yuvraj has batted only once since his comeback, and looked rusty for much of his innings before hitting a four and a six in the final over to help India win. Dhoni is yet to score a T20I fifty, but given how late he bats that is not a massive surprise. He, too, has been in decent form with the bat, though his blitzes have been restricted mostly to cameos. One feels Rahane is unlikely to play unless one of the other batsmen get injured or loses form, but he is capable of batting both at the top of the order and in the middle order. His IPL record as opener is enviable. READ: Yuvraj Singh and the joy of old heroes

All-rounders: India have gone in with a decent mix of all-rounders in Pandya, Ravindra Jadeja, Negi, and Ravichandran Ashwin. Pandya showed he was capable of bowling at close to 140 kph on a regular basis, but his true forte is his batting. He has yet to bat in international cricket, but with the T20 series against Sri Lanka coming up, he could get a chance to show his batting skills too. READ: Ravichandran Ashwin’s success in ICC World T20 2016 is almost certain

Jadeja and Ashwin have not batted very much in T20Is, but they have both proven themselves in Tests and ODIs in the past. Besides, India would hope neither man is required to bat at all; it is their bowling that will be the key to India’s success. Negi is a bit of a wild card, but he is capable of both tight bowling and big hitting, as proven in both IPL and Champions League T20. READ: VVS Laxman feels India’s T20I series win in Australia sets them on course to World T20

Bowlers: India have only three four frontline bowlers in their squad in Ashish Nehra, Jasprit Bumrah, Shami, and Harbhajan Singh. Nehra and Bumrah are likely to be India’s first-choice bowlers, with Shami and Harbhajan being called upon only in the event of an injury or loss of form. Nehra and Bumrah both bowled well in the series against Australia, but Harbhajan did not get a game. Shami has not bowled in an international match since his injury during ICC Cricket World Cup 2015. He was a part of the squad for India’s tour of Australia but again picked up an injury in a practice match. His fitness will be a cause for concern. 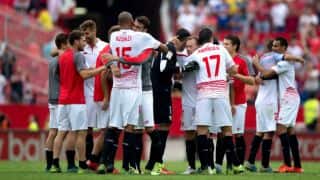 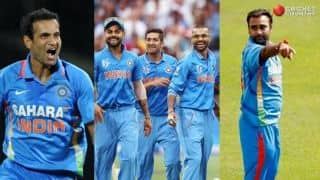