India stalwarts were discussing Sachin Tendulkar’s final tally of Test appearances when he was just selected for Mumbai!

Raju Kulkarni, the former India pacer and a good friend of Sachin Tendulkar, shares anecdotes that reflect the greatness of the Little Master very early in his career. 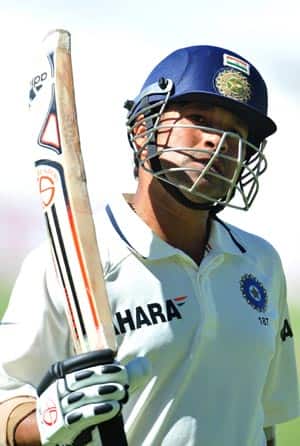 The author says, “Cricket has been everything for Sachin Tendulkar.” © Getty Images

Raju Kulkarni, the former India pacer and a good friend of Sachin Tendulkar, shares anecdotes that reflect the greatness of the Little Master very early in his career.


With that record 644-run partnership in school cricket behind him, a teenaged Sachin Tendulkar entered the Mumbai dressing room with a huge reputation. I remember we had gone to Aurangabad for a Ranji Trophy game against Maharashtra. Tendulkar was not playing the match, and at the end of day’s play all the Mumbai pace bowlers used to bowl at him as consolation. That is when I first bowled to him. Even at early stage I could see his prodigious talent.

The thing that struck me about him in 1988 was his determination and commitment towards the game, something that has remained unchanged for almost 25 years now. Tendulkar was very focused and knew exactly what he wanted. He used to bat with great passion and wanted to gain a lot of knowledge about the game. He knew nothing but cricket, and that is what he said even when he announced his retirement. Cricket has been everything for him.

I had a really quick bouncer, but was really surprised the way Tendulkar faced me. It looked as if he knew what I was going to do. I have experienced that with only two batsmen: Sir Vivian Richards and Tendulkar. It seemed as if they could read the bowler’s mind. When Tendulkar was young, he came to face me without a helmet during a practice match. I was an India bowler then and Tendulkar told me that he felt that it was arrogance on his part to not wear the helmet while facing me. I was surprised, but didn’t feel insulted at all as I knew he was talented. And not everyone wore helmets then. I had forgotten about this incident, but Tendulkar has shared it a few times.

Tendulkar was always a quiet and a shy boy. Before one gets selected for Mumbai, one usually practices with the team. As a result, Tendulkar was quite used to the presence of the stars and the senior players in the dressing room. I remember one incident when he had just been selected for Mumbai in 1988. After bowling to him at the nets, all of us went for a function. Dilip Vengsarkar, Ravi Shastri, Sanjay Manjrekar and I were talking about Tendulkar. We were jokingly saying that he would play 120 Tests in good 15 years. Then someone said that he might play 150 as there were more Tests being played with each passing year, and 300 One-Day Internationals (ODIs). Can you imagine someone who has just come into the Mumbai side and the stalwarts who played for India with distinction estimating the number of games he would play at the highest level! That was the kind of promise Tendulkar showed even then. And where he is now — on the verge of playing 200 Tests after finishing with 463 One-Day Internationals!

Tendulkar’s other passion is cars. My son Varun is also very fond of cars and Tendulkar knew about it. When he got his Ferrari a few years ago, he sent a message from Australia that he will arrive in Mumbai at one o’clock at night and at 5:00 AM he would come to our place to show Varun his car. My son was only 10-year-old then and had to go to school the next day. I told him to go to sleep as Tendulkar may not be able come after a long and tiring flight from Australia and go for a drive two hours later.

However, at four in the morning, I got a call from Tendulkar. He said, “I am waiting down!” I took my son there and wanted to go with them in the car when I realised there were only two seats in the Ferrari!

Tendulkar asked Varun to sit with him. I followed them with my car; we went to Bandra Reclamation and took a few rounds. Later, I sat in the Ferrari; it was too fast for me as Tendulkar was driving at 200 kmph. Then, Tendulkar and my son were engrossed in a discussion about the specifications of the car. Ultimately, at 6:30 am, I had to tell Varun, “You have to go to school. Let us go back now.” What a man!
A couple of years ago, he had visited me. I asked him, “What next? After 22 years of international cricket, have you thought about what you will do after retirement?” He replied, “I haven’t thought about it.” After 22 years, he hadn’t thought what he would do after retirement. That shows his abiding love for the game.

Indian cricket without Sachin Tendulkar is going to be very tough for everybody. I say this as an Indian and not merely as a cricketer. Tendulkar has been a part of the Indian team for 24 years, and to play for so long with the kind of determination he has shown is quite remarkable. In fact, he has been like that from Day One. Not watching him at the highest level would be tough for all of us. It may be difficult for him to decide what he will do after cricket. Having said that, it must be remembered he is different and quite unlike like the common man. Tendulkar is full of surprises and I am sure he will emerge victorious in whatever he decides post retirement.

(Raju Kulkarni is a former India fast-bowler who played three Tests and 10 One-Day Internationals. At his peak, he was said to be the fastest bowler in India) 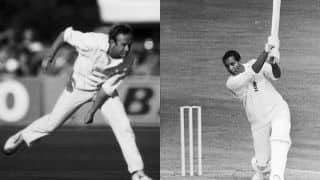 Ashes 1968: Basil D’Oliveira, Derek Underwood and the drama in many acts at The Oval