In an interview with PakPassion.net, Irfan spoke about why he feels that India are favourites to retain the ICC Champions Trophy title, the highs of his career, his best memories of playing against Pakistan and more.

One of the stars of India‘s tours of Pakistan in 2004 and 2006, Irfan Pathan was considered to be one of the most talented swing and seam bowlers to emerge from India since Kapil Dev. He has so far represented India in 173 games, taking 301 wickets and also scored a more than useful 2,821 runs. In an interview with PakPassion.net, Irfan spoke about why he feels that India are favourites to retain the ICC Champions Trophy title, the highs of his career, his best memories of playing against Pakistan, the abundance of talent in Indian cricket and what he feels he must do to return to international cricket in the near future.

PakPassion.net (PP): Who in your view are the favourites to win the Champions Trophy?

Irfan Pathan (IP): The Indian ODI team has been playing well in recent times and the players selected for the Champions Trophy squad have been in top form as well. Look at the examples of Bhuvneshwar Kumar, Mohammed Shami and others who have performed excellently in the IPL. The same applies for the batsmen as well. So, the fact that all of these players are in good form is crucial for the chances of any team in such a high-profile competition.

Given all these facts, I am very hopeful that the Indian team can repeat the performances of the 2013 edition of the Champions Trophy. I was also part of that side and I feel that the Indian squad of today are strong contenders to become champions again in 2017. Apart from India, the Australian squad seems like a very strong unit and I am quite impressed by their bowling attack. But let me come back to India s chances and say that based on my knowledge of English conditions where the ball swings a lot, the Indian bowlers are very strong in that aspect of the game and that makes India a very strong unit.

PP: What are some of the highs of your career so far?

IP: It s been a wonderful career so far and the highs are many. However, receiving my Test cap in Adelaide in 2003 from our captain Sourav Ganguly was a special moment in my career. I was to return to Australia in 2008 and be named Man of the Match in the third Test in Perth for my all-round performance which is something I also recall with great pride. What made my Australia performances special was the fact that it is tough to tour Down Under but then doing well there makes you a better and tougher cricketer.

Perth is one of the fastest pitches in the world and for me to contribute to India s win with the bat and ball was a high point in my career. Obviously winning the World Twenty20 as part of the Indian team in 2007 was an amazing feeling and being awarded the player of the match in such an important game, and that too against Pakistan was extra special.

The hat-trick against Pakistan in the first Test in Karachi which was also the first-ever first-over hat-trick in Tests, and it is incredible to this day. I feel blessed and all I can do is thank the almighty for what he has bestowed on me. If you look at my background, you will see that no one in my family ever played cricket. My father was a muezzin in a local mosque and if you asked him to hold a bat, he would probably hold it like one of those characters in the Bollywood movie Lagaan.

Jokes aside, he supported me a lot in my passion for cricket and I do consider myself fortunate that given my background, I have achieved so much in my career where my brother and I have both represented our country is truly amazing.

PP: Your best memories of playing against Pakistan?

IP: I have really enjoyed playing against Pakistan and the trips to the country in 2004 and 2006 were memorable and are examples of great times. In fact, my career-high started during my trip to Pakistan for the Under 19 series in 2003-2004. Also, I was the Man of the Match as well as the Man of the Series in the Asia Cup. Not only did I enjoy playing against Pakistan, I also have great memories of Pakistan where against Bangladesh in the Junior Asia Cup 2003-04, I was adjudged the Man of the Tournament with best figures of 9-16 against them in Lahore.

We have played quite a few games against each other, most of which have been hard-fought and close games. Obviously, one that stands out is the 2007 World Twenty20 final which is very close to my heart. It was against Pakistan and it was the final, what more could one ask for in terms of its importance?

PP: Any funny incidents when playing against Pakistan?

IP: I am sure there would be many of those but one that stands out in my memory is when we were playing Pakistan U19s in the 2002 World Cup. As you know there is always something a little extra happening when both the rivals play against each other. Obviously, a little more aggression comes along with being young and the matches against Pakistan always involve a little needle which makes it’s very interesting.

Throughout the game, there was a bit of a fight happening between some of the players from both sides and I was in the thick of things from our side. When the game ended, the managers of both teams got the teams together to try and diffuse the situation.

I started to chat with one of the Pakistan boys when Umar Gul appeared from behind and held me in a lock and said, Don t get too angry with our guys, I am a Pathan as well , so I said, I am an Indian Pathan, so let s see who is stronger , and everyone laughed and the mood became very light indeed. That was a funny moment but as a result of that I have been great friends with Umar ever since.

PP: What kind of relationship have you had with Pakistan players in general?

IP: Unfortunately, contact between both sets of players has been limited of late but it goes without saying that we all have a great mutual respect for each other. Like I have said before, the way someone like Abdul Razzaq played his cricket was ahead of his time in those days and that is the kind of respect I have for Pakistan players. We all saw the beautiful tweet from Yuvraj Singh about Misbah-ul-Haq and Younis Khan on their retirement so that just shows that despite everything; we have a tremendous relationship which is great for the game.

PP: What was it like playing against Shahid Afridi?

IP: A fight was never far away with Shahid Afridi on the field. There was always some sort of a fight going on in the field. He would always say something and then I would respond with my own words but you know what? That s the fun of playing international cricket where you are representing your own country and that was part and parcel of the game.

PP: Does it make you sad that India and Pakistan are not playing enough cricket against each other?

IP: I am a firm believer that we as players have to follow whatever the Government of India decides for us and that s the way it should be. Of course, one cannot forget the great history of cricket rivalry between the two nations and hopefully the upcoming Champions Trophy clash in Birmingham will be another chapter in this regard.

PP: What is the reason behind India producing some excellent players of late?

IP: I think the secret to this resurgence is that the young players are getting ample chances to showcase their talent and the main reason for that is the IPL. It is allowing talented cricketers to emerge and also to rub shoulders with some of the top players in the world such as Chris Gayle, Dale Steyn and Brett Lee which is a great learning experience.

Of course, the young guns also have a great opportunity to play next to top-class Indian international players such as MS Dhoni or Yuvraj Singh as well which is a big plus. This makes a big difference in giving the younger players the confidence they really need. Also, playing in high-profile games and performing in high-pressure games provides the type of growth that young players need.

But then, let us not forget the fact that the domestic cricket structure has improved tremendously to the point that a lot of players have started to make careers out of playing at that level. There was once a time when making a living out of domestic cricket was difficult but now they players are not totally worried about the financial aspect and playing cricket for a profession is a viable proposition.

The BCCI has done a wonderful job in establishing the IPL and also have put in a lot of effort in creating the infrastructure which is helping the game grow in India. So, not just the big states and cities have big grounds, but even smaller places like the scenic Himachal which would have been unheard of in the past.

PP: You are now 32-years-old, do you feel the time is running out for you to make a return to international cricket?

IP: I really feel I have a lot of cricket left in me. I am fit and have been maintaining my fitness for the past two years or so. What I wish to do in the next season is to up my level of performance but most importantly, I want to start enjoying my cricket more. When I say enjoy, what I mean is that I want to stop worrying about the results and outcomes or think about what will happen in the future.

What I need to do is to play cricket to the best of my ability and get back that enjoyment factor into my cricket which is so important in a cricketer s success and growth. I want to go to that level of enjoyment and stop worrying about how and when my comeback will happen. 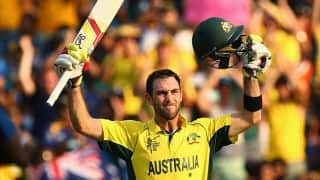 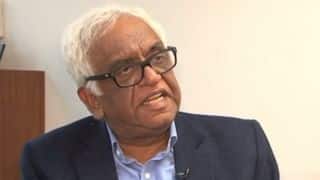