Since 2011, India and England have played 13 Tests. England have clearly been the dominant side with 9 wins, whereas India have managed 2 victories and as many games have ended in draws.

Hardik Pandya and Jayant Yadav would not have woken up on Wednesday morning thinking the day would provide watershed moment in their respective international careers. Having made their ODI debuts quite recently against New Zealand at home perhaps these two all-round cricketers would have been headed to join their respective domestic sides for the ongoing domestic cricket season. But as life keeps throwing surprises, Pandya and Jayant were delivered shocking news: they had been included by the MSK Prasad-led national selection panel in the Indian side for the first two of the five Tests against England. FULL CRICKET SCORECARD: India vs England, 1st Test at Rajkot

Pandya and Jayant may consider themselves tad lucky, since as many as four frontline cricketers who have been sidelined by injuries have missed the bus. KL Rahul, Shikhar Dhawan and Rohit Sharma are the three batsmen who have been in an intense competition for retaining their places in the Indian playing XI, but neither have been assured a place so far, despite their dazzling shows. All three of them will now have to prove their match fitness over the next couple of weeks to push their selection for the last three Tests, and the same is the task cut out for seamer Bhuvneshwar Kumar.

The Indian selectors may have gone a little out of their way to bring in the likes of Pandya and Jayant into the Test set-up, but not much tinkering has been done with the rest of the 15-man squad. Gautam Gambhir continues to feature as an opener and Karun Nair has been retained, and the presence of the middle-order Karnataka mainstay provides India a solid batsman who can be utilised both in the middle and lower order. With Rohit s exit, the No. 6 spot gets vacant and if India want to play safe, there is an opening for Nair to break into the playing XI.

In all likeliness, Murali Vijay will have Gambhir as his opening partner. At No. 3 is Cheteshwar Pujara, followed by Virat Kohli and Ajinkya Rahane at Nos. 4 and 5. The competition, however, begins from No. 6 onwards, but discussing the team composition here will be transgressing.

The Indian batting department seems to have all bases covered even though three very talented batsmen find themselves struggling for fitness. While Dhawan and Rahul are already on their way back, as they have begun training, the case of Rohit is the worst. The right-handed batsman suffered a thigh injury which may require a surgery, and he could be out for as many as 6-8 weeks.

India s selection of bowlers will have a huge impact on the outcome of the series, and the selectors have gone about their job with the required precision. Ravichandran Ashwin, Ravindra Jadeja and Mohammed Shami are back in the national side after being rested for the ODIs against New Zealand, and the lanky pacer Ishant Sharma too has made a return into the 15-member squad after missing the first leg of the big India cricket season due to illness.

The Indian spin attack will for obvious reasons carry the responsibility of pulling off wins, and this is why the selectors have given the Indian captain as many as four specialist spin options to go ahead with. While Ashwin and Jadeja will be the two frontline spinners providing the left-arm right-arm combination and variation, backing them up will be the leg-spinner Amit Mishra and Saurashtra captain and all-rounder Jayant. The Haryana all-rounder has had the experience of facing England in the past, as the right-arm spinner took four wickets in one of the tour matches which the touring team played in 2012. Jayant s four wickets in the game included the priced scalp of the English captain Alastair Cook.

With the bat, the two new faces in the Indian camp are force to reckon with. After 42 First-Class matches, Jayant averages more than 28 with 2 centuries and 5 half-centuries. Jayant also has a double hundred to his name the innings of 211 came for Haryana against Karnataka in the Ranji Trophy 2012-13. As far as Pandya is concerned, the 23-year-old all-rounder has 5 fifties in 16 First-Class matches, and 22 wickets.

Barring the inclusion of Hardik and Jayant, there are no real surprises in the Indian squad for the first two Tests. Following the 3-0 hammering of New Zealand in the Test series, the squad would have automatically picked itself had there been no injuries to as many as four cricketers. But these injuries provided Indian selectors to get the others into the fray, and also to give them huge lessons of being part of international sides. Pandya and Jayant s inclusion certainly shows that the Indian selectors are stressing on the need of having more than one all-rounder in the Test side, and the possibility of playing two of such kind can be explored further if there are opportunities.

For others, such as Gambhir and Nair, the selection comes as a blessing in disguise. At least one of these two batsmen are likely to get opportunities in both the Tests, and Gambhir, who has had a poor run against England will be more than eager to make it count. Despite suffering an injury to his shoulder, Gambhir returned to bat later on in the Indian innings in the third Test versus the Kiwis at Indore, and scored a rapid half-century to underline that he is the same old fighter which the cricket fraternity praises him for.

Since 2011, India and England have played 13 Tests. England have clearly been the dominant side with 9 wins, whereas India have managed 2 victories and as many games have ended in draws. With the wind on their side, this Indian ship full of young cricketers will be keen to turn around the tide on England, especially when their struggles against spin were brutally exposed by Bangladesh at both Chittagong and Mirpur. However, there can be no room for complacency, as England neither are the West Indies (struggling on all fronts) nor they are New Zealand (failing to turn up on most days). 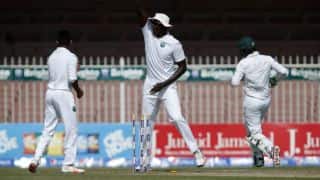