Zaheer doesn’t boast a great record in South Africa, but one has to look beyond numbers.

Zaheer Khan doesn’t boast of a great record in South Africa, but one has to look beyond numbers to understand his real worth in those conditions. Nishad Pai Vaidya explains.

In 2006, Zaheer Khan was picked for the tour to South Africa as India needed experience for the tough tour. Greg Chappell’s regime had seen an unfit and under-performing Zaheer out of the side earlier in the year as the Indians groomed a young pace attack. However, Zaheer turned to county cricket — a move that worked wonders for the left-arm paceman. Not only did he regain his form, but also became a lot fitter. The results were evident as a rejuvenated Zaheer looked a new bowler and entered a more productive phase of his career starting with that sojourn in the Rainbow Nation.

Seven years down the line, Zaheer braces himself for another comeback in South Africa and there is an inevitable sense of déjà vu. This time, he headed to France for an intense fitness regime and is certainly leaner. During the start of the ongoing Ranji season, he did decently well for Mumbai and India needed his vital experience for this tough tour. You have Mohammed Shami, Bhuvneshwar Kumar and Umesh Yadav in the scheme of things and they would benefit from Zaheer’s presence. Of course, there is the ‘experienced’ Ishant Sharma, but he doesn’t inspire the same confidence.

Once Zaheer returned in 2006, he was a changed bowler and his returns were better in the second half of the 2000s. Then, he was in his late 20s and still had a lot to prove and he did silence his critics. This time, he doesn’t have anything to prove per se as he has been a good servant for Indian cricket and has fashioned numerous victories. But, there is something expected of him as he walks into the final lap of his career. Starting from the ongoing tour, India face a tough road away from home and Zaheer has to play a crucial role.

Let us have a look at Zaheer’s record in South Africa:

These numbers aren’t great, but what these statistics don’t reveal is that he has bowled a few impact spells in the country. If one takes away the solitary Test he played in South Africa in 2001, then he has taken his 23 wickets on the previous two visits i.e. in 2006-07 and 2010-11. At Johannesburg in 2006, his match haul of five scalps combined with Shanthakumaran Sreesanth’s dream spell to help India win the Test. Later at Cape Town, when India were trying to win the series, he scalped four in the final innings to give the hosts a scare.

Four years later, Zaheer missed the first Test and India were walloped by the home side. However, the moment he entered the picture at Durban, he led a revival. His best match figures of six for 93 came in that game as he scalped three in each innings. India won the game on a testing pitch largely due to their bowling performance. He followed that up with another three-for in the first innings of the final Test at Cape Town.

Thus, his records may not look great in South Africa, but he has bowled those crucial spells time and again after his first tour. It looks like his performance on this tour could help the selectors determine how long he can continue. Since, this tour has only two Tests, Zaheer should be able to retain his spot for the New Zealand sojourn. The performances on both these tours taken together would determine his fate for the all important England tour. The Indian selectors aren’t afraid to take chances and have looked beyond him in the past.

This is the 35-year-old Zaheer’s time to plot a final flourish! 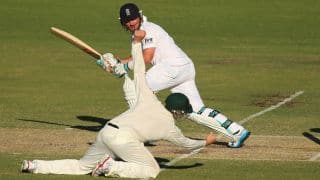 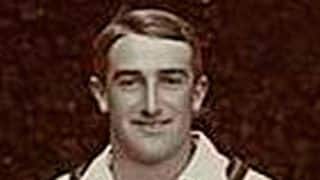 Aubrey Faulkner: The first of the great South African all-rounders