Ahead of IPL, here is how Rahul Dravid's Under-19 boys can bring in dimension to their respective teams.

After stunning performance in Under-19 World Cup 2018 and guiding India to the fourth title, the young dynamites are all set to rock IPL 2018. The World Cup has spread their names and shown their potential to cricket enthusiasts, and IPL brings them a chance to become a household name and in turn get closer to their ticket to the senior team. Ahead of the IPL, here is how Rahul Dravid’s Under-19 boys can bring dimension to their respective teams.

The combination of Prithvi Shaw and Manjot Kalra at the top was a hit in this tournament. The chemistry will be repeated, as Delhi Daredevils have picked both. Being considered as a prodigy, Shaw is one of the most technically sound batsmen of the squad. Shaw averages 56.52, and has scored five centuries playing only nine First-Class matches. However, he has been tested very little in limited-overs format. T20 will be a new beginning for him with IPL, as he has not played any matches in this format. However, looking at his form, great knocks can be expected from him.

Kalra, too, has been immensely impressive in the World Cup. His century in the final proved his ability to perform under pressure a quality often sought in the IPL players.

All-rounders are assets in franchise-based T20 leagues, and that is where Abhishek Sharma proves to be a crucial inclusion to Delhi s squad. With limited scope to bat in the World Cup, Abhishek managed a half-century. In his very first match in the tournament, he slammed an 8-ball 23, showcasing his hard-hitting skills. He also kept contributing with wickets regularly, and will come in handy as a part-time option.

Kolkata have built their squad with plenty of quality pacers, and the duo of Shivam Mavi and Kamlesh Nagarkoti add more element to it. Mavi and Nagarkoti impressed one and all with their consistent pace and ability to control it. Nagarkoti especially was excellent in varying pace and length to confuse batsmen. Eden Gardens, Knights home ground, favours spinners, and these two will find much help.

The second-highest run-getter of World Cup, Gill, was sure to draw a lot of attention. In the Knight Riders squad, he will get the chance to bat alongside Chris Lynn, Dinesh Karthik, Robin Uthappa and Andre Russell. This will boost his understanding of the game.

The joint-highest wicket-taker of World Cup found his place in the squad of three-time champions Mumbai Indians. Wankhede Stadium, their homeground, is known to favour batsmen but has scope for spinners too. Roy, an orthodox spinner, shone in conditions that promote pacers, and is sure to do well under the supervision of world-class players in Mumbai Indians side. 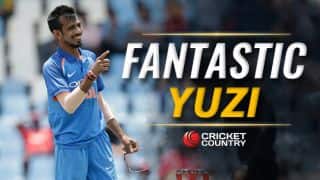