With less than three weeks to the one-off Test, let us have a read into what are the talking points from the clash between historically intertwined nations.

ICC granted Afghanistan Test status in June 2017, much to the jubilation of the cricketing fraternity. Afghanistan, who adopted India as their alternate home state, were approached by BCCI to play their inaugural Test on Indian soil. After months of negotiations, BCCI CEO Rahul Johri confirmed that India will host Afghanistan at Bengaluru for the latter’s first Test. With less than three weeks to the one-off Test, let us have a read into what are the talking points from the clash between historically intertwined nations.

India sans Virat Kohli: India without Kohli is a rarity. The last time India took field in whites sans Kohli was against Australia at Dharamsala in 2017. Kohli s decision to stay from for the Afghanistan Test has been hotly debated in public quarters. Kohli s absence from the match will deny fans him take on Rashid Khan and Mujeeb Ur Rahman. Both men have bothered Kohli in this IPL. With no Test scheduled between India and Afghanistan in ICC s FTP from 2019 to 2022, Kohli might not get a chance to prove his mantle against world-class spinners. Ajinkya Rahane will lead India, while Kohli will be fulfilling his county commitments for Surrey.

Divided home support: The Afghanistan cricket team has been welcomed with open arms by Indian public since their stay at Greater NOIDA. Familiarity with the culture, language and expression has helped the players to gel with the people. Rashid has been quite vocal about Indian fans supporting Afghanistan and its players during IPL. The problem they face in their inaugural Test is lack of support. Playing India in India is a daunting task, given the magnanimity of the crowd support. Bengaluru has been often spoken as a knowledgeable public when it comes to cricket. They appreciate good cricket irrespective of teams involved, so it will be of great interest to see how both India and Afghanistan deal with people outside off the fence.

The Rashid Khan craze: Rashid has bamboozled batsmen in white-ball cricket across the globe, for Afghanistan and franchises. His artistry with the ball, has struck a chord with the fan who wants to see the 18-year old excel and knock batsmen with googlies. Bowling to India s technically sound batsmen will be a challenge that will definitely bring out the best in Rashid, much to the fanfare of people back home.

Burden of record: Ireland nearly missed out on creating history against Pakistan in their inaugural Test. Since Australia in the first ever Test, no team has managed to win their first Test. However, Afghanistan may have a shot at changing this. India will play the Test on back of a 20-20 domestic competition, which will make it difficult for players to adjust to the demands of red-ball cricket. Rashid and Mujeeb caused trouble for some of batsmen (Rahane and Rohit Sharma in particular), which will make the battle of skills more intriguing. 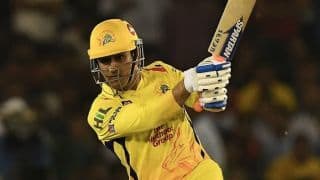 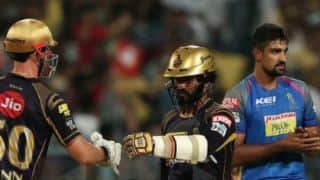