Australia‘s record four-wicket victory in Mohali has set up the final ODI in New Delhi as not a just a tasty decider, but has now turned India‘s final match before the 2019 ICC Cricket World Cup into a must-win game. (READ: India s last ODI before World Cup: What needs to be worked out)

From being up 2-0, Virat Kohli‘s team suddenly find themselves needing to play catch-up.

Here’s a look at the past instances when Indian teams went into the last match of five-match bilateral ODI series with the scoreline locked, and came out victorious.

This was technically a six-match series, but with one ODI at Margao abandoned, it was in the end seen as a five-match one. The final ODI in Mumbai had both teams locked at 2-2. Mohammad Azharuddin chose to field and led by Anil Kumble (3/17), Javagal Srinath (2/22) and Ashish Kapoor (2/33) New Zealand were bowled out for 126 in 35 overs. Unbeaten thirties from the opener Manoj Prabhakar and Ajay Jadeja at No 6 with a bullish 48 off 34 balls from Vinod Kambli at one-down hastened a six-wicket victory.

This series – one of the last ODI engagements to be played in whites – is remembered for a record partnership between Sachin Tendulkar and Rahul Dravid in Hyderabad, but not many recall how competitive these five matches were overall. After losing in Rajkot, a Tendulkar-led India won in Hyderabad and Gwalior to take the lead, but Stephen Fleming’s New Zealand hit back in Guhawati to level the scores.

In the winner-takes-all final ODI in Delhi, New Zealand were kept to 179/9 in 50 overs by a good bowling effort headlined by rookie fast bowler T Kumaran (3/24). Chasing 180, India won in 44 overs for the loss of three wickets. Sourav Ganguly top-scored with 86 off 110 balls while Tendulkar fell for 0.

Back when Zimbabwe were a stronger ODI team courtesy the likes of the Flower brothers, Alistair Campbell, Stuart Carlisle and Heath Streak, Ganguly’s team was pushed into a decider in an engaging series.

The series was 2-2 when the final match began on March 19, 2002 in Guwahati. Up stepped Dinesh Mongia, the rookie left-hand batsman, with an unbeaten 159 off 147 balls as opener and with help from Yuvraj Singh (75 off 52) India pummelled their way to 333/6. Four wickets to Harbhajan Singh and three for Zaheer Khan bowled India to a 101-run win.

In a landmark tour of Pakistan in 2003-04, Ganguly’s India needed to win the final ODI in Lahore. The series had begun with a thrilling five-run win in Karachi, which was followed by losses in Rawalpindi and Peshawar. Needing to win the final two games, India took the fourth ODI in Lahore by five wickets to force the decider.

A see-saw and fiercely engaged series ended up at 2-2 after Kane Williamson’s New Zealand won the fourth ODI by 19 runs. The last match was held in Visakhapatnam, where Amit Mishra‘s 5/18 spun India to victory by 190 runs. India were helped to 269/6 thanks to fifties from Rohit Sharma (70) and Kohli (65) and helpful cameos from MS Dhoni (41) and Kedar Jadhav (39*) and New Zealand never got close. Mishra bowled exceptionally to skittle them for 79 in 23.1 overs.

It marked India’s fourth biggest ODI win of all time. 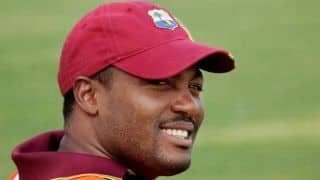