This was the near perfect game for the Indians, who applied the sub-continental template with devastating effect in the most Asian of conditions.

The artificial excitement triggered by the stonewalling methods of Pat Cummins and Nathan Lyon on the fourth evening spilled over to the final morning with the elements playing truant, but that was about as good as it got for Tim Paine’s Australia.

Annoying spells of rain from early on Sunday morning did little beyond delay India’s tryst with victory at the MCG. The wait for play to get underway, eventually at 12.55 pm, two hours and 25 minutes after the scheduled start, was infinitely longer than the actual time it took the visitors – 22 minutes – to wrap up proceedings. When victory arrived by the commanding margin of 137 runs, it marked the first time in 41 years that India had won more than one Test in a single series in Australia.

This was the near perfect game for the Indians, who applied the sub-continental template with devastating effect in the most Asian of conditions. Virat Kohli’s luck with the coin was just the first step in the road to domination. Then came the deliberately careful construction of an imposing first-innings edifice, which was slow in taking shape, but was always likely to crush Australia’s feeble challenge, given the lack of experience, if not quality, of a batting line-up short of two of its most celebrated stars.

Once India had posted 443 for seven declared late on the second evening, only one team could have won. This was going to be a searching examination of Australia’s technique and character; they were found wanting on both counts, put through the wringer as they were by an Indian bowling attack that is taking excellent shape around the admirable Jasprit Bumrah, already the leader of the pack in the space of 12 extraordinary months.

Time and again, Australia have spoken in no little awe of the quality of the ‘world-class’ Indian bowling. What separates this attack from ones previous is the depth, control, experience and genuine pace of the faster bowlers. India have toured Australia earlier with one, sometimes two exceptional quicks, but they didn’t have the resources to apply relentless pressure, to ask repeated questions, to probe away ball after ball, over after over, session after session.

Through one of those happy coincidences of the sort that brought the Golden Generation of Indian batting – Sachin Tendulkar, Virender Sehwag, Rahul Dravid, VVS Laxman and Sourav Ganguly – together simultaneously in the early 2000s, India are now witnessing the early stages of the potential development of the Golden Generation of Indian fast bowling. Kapil Dev, and then Javagal Srinath and Zaheer Khan after him, seldom enjoyed the sustained support that could have made them more lethal overseas. Now, Kohli has so many options to choose from that even in the event of injury or abject loss of form, there is no dearth of quality. Ishant Sharma is the most experienced and Mohammed Shami the most capable of turning the match on its head in a single spell, but Bumrah is the one that has clearly emerged as Kohli’s go-to man even though he has played only nine Tests.

Where Anil Kumble once used to be the stock and the shock weapon even abroad, the evening out of the pace battery and the penetration they bring require R Ashwin and Ravindra Jadeja to play different roles at different stages of the match. Kumble was often expected to pick up wickets even on the first day of a Test in Manchester or Melbourne, Christchurch or Centurion. Now, with the changed dynamics, Ashwin or Jadeja can be employed in a restrictive role in the first innings so that the quicks can attack, and then slip into the role of the wicket-taking ram as the game develops and the surfaces deteriorate. Alternately, like Ashwin in Adelaide, they can also be used as defensive tools even in the fourth innings if there is the slightest unevenness in bounce that the fast men can exploit, so there is a more rounded look to the bowling group that raised hopes at the start of the year of elusive series wins in South Africa and Australia, and a repeat of the 2007 deeds in England.

While this was as close to the ideal game as imaginable, there still remain several imperfections that need sorting. Mayank Agarwal had a great debut Test as opener, but it will be important for him to back up his efforts of 76 and 42 when the Sydney Test starts in four days’ time, and beyond. Whether he is the long-term option India are striving for, alongside Prithvi Shaw, is something time will tell. After all, G Hanuma Vihari can’t be wasted as an opener in the longer run, not when he has shown composure and dependability at No. 6. There continues to be an overdependence on Kohli and Cheteshwar Pujara, which isn’t necessarily the sign of a great side where several people pull their weight and a couple surface as the first among equals.

Kohli and Ravi Shastri won’t allow this win, and the 2-1 lead, to cloud their thinking as they strive to extend their status from the No. 1-ranked side to the best team in the world. For now, they can savour another tremendous result away from home; after all, they haven’t been as commonplace as falling autumn leaves. 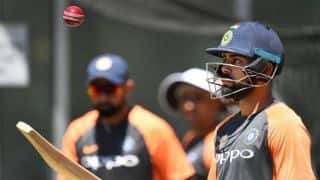 Our first-class cricket is amazing which is why we won: Kohli’s subtle response to O’Keeffe 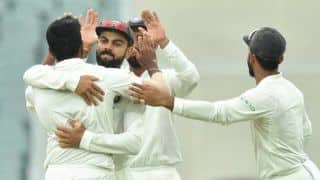