Steven Smith continued to do what he does best, scoring a sublime century against India.

Australia won by 95 runs
Man of the Match: Steven Smith

Steven Smith continued to do what he does best, scoring a sublime century against India in the big semi-final of ICC Cricket World Cup 2015. Shiamak Unwalla looks at the highlights of the first innings of the match. Live Scorecard: India vs Australia, ICC World Cup 2015 Semi-Final 2 at Sydney

1. David Warner fails: Warner is one batsman capable of giving any bowling side an uneasy night’s sleep. He had not quite fired on all cylinders barring his 178 against Afghanistan, but given his outstanding form in the Test series, India would have been keen to see the back of him. He started off in ominous fashion, hitting a four and a six before getting a leading edge from Umesh Yadav to Virat Kohli. Live Updates: India vs Australia ICC Cricket World Cup 2015 semi-final

2. Steven Smith continues where he left off: If Warner gave Indian bowlers uneasy nights, Smith would have given every Indian fan nightmares! Smith got the better of virtually every bowler he came up against. He hit Umesh for 16 runs in one over to get going, and showed no signs of slowing down after that. With the batting powerplay taken early, he hit Mohammed Shami for one six and two fours in the 33rd over. He got to his highest score in ODIs, 105, before mis-hitting a pull shot to Rohit Sharma in the deep off Umesh. Top 10 batsmen in ICC Cricket World Cup 2015

3. The Aaron Finch anchorage: Finch has scored 156 in a T20I. The fact that he is a big-hitter is well-known, and despite his opening partner being Warner, he enjoys a higher ODI strike rate. He was struggling to get going today, and buckled down to play a substantial but slow 81 off 116. Top 10 bowlers in ICC Cricket World Cup 2015

4. Ravichandran Ashwin vs Glenn Maxwell: Maxwell was Australia’s leading run-scorer of the ICC Cricket World Cup 2015 before this match before being usurped by Smith. His recent form has been outstanding, with scores of 66, one, 88, 102, and 44 not out in the World Cup. He had also hit an undefeated 122 against India in the practice match. Top 10 fielders in ICC Cricket World Cup 2015

Maxwell thrashed Umesh to all ends of the SCG to race away to 23 off 12 balls when Ashwin came on to bowl. The Maxwell-Ashwin battle was expected to be a keenly contested one, with the “Big Show” having got the better of the off-spinner in the Indian Premier League 2014. This time Maxwell he lasted just two balls before slog-sweeping Ashwin to Ajinkya Rahane at deep square leg. Top 10 wicketkeepers in ICC Cricket World Cup 2015

5. Indian bowlers pull things back: From 232 for two in the 36th over, Australia looked set for a 370-plus score. After Maxwell’s wicket the Indian bowlers pulled things back brilliantly. They reduced them to 284 for six in the 47th over to put Australia’s dreams of a humungous score to rest. ICC Cricket World Cup 2015: SCHEDULE & MATCH DETAILS

6. Umesh Yadav makes a tremendous comeback: Umesh took the wicket of Warner early, but went for plenty as well. He conceded 61 in his first seven overs with just one wicket, but ended up with four for 72 from nine, meaning that he took three more wickets for the cost of 11 runs in his next two overs. ICC Cricket World Cup 2015: Complete Coverage 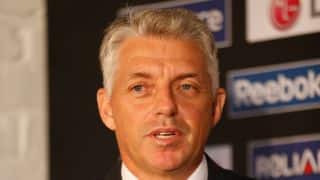 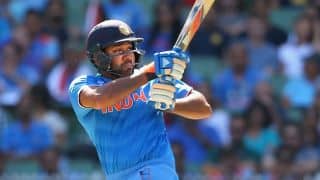