India remain undefeated versus Australia in their last seven outings in Youth ODIs.

India thrashed Australia by 100 runs two weeks ago. India s speedsters Shivam Mavi and Kamlesh Nagarkoti clocked over 145 kmph and left the Australians baffled with their skillset, eventually taking 6 wickets between them. Australia, however, bounced back and won all the matches ever since. Meanwhile, India continued their stellar show. Both will now locks horns in the final at the same venue, Mount Maunganui. Let s walk through the key battles:

Max Bryant vs Kamlesh Nagarkoti: Openers Jack Edwards and Bryant were going great guns in the pursuit of 329 runs. Although they were scoring at less than 6 an over, they were gradually setting a solid foundation. However, Nagarkoti put breaks on their momentum and removed Bryant. After a maintaining tight line and length, Nagarkoti forced Bryant to go at a short and wide delivery. The frustrated Bryant could not wallop it past point. Now that the Australians have already seen the Indian pacers strengths and weaknesses, their batsmen will have a plan to launch a counterattack.

Jonathan Merlo vs Shivam Mavi: After Australia lost two quick wickets, it was Merlo s resilience that kept India at bay. Prithvi Shaw had to summon Mavi again, and the ploy worked. Mavi bowled a jaffa of a delivery: the ball held its line and rocked the off-stump.

Shubman Gill vs Jack Edwards: Gill is the third-highest run-scorer in the series, hitting 341 runs at 170.5. It was his 64 against Australia that kept momentum on India s side after the openers set the tone. But, that was that. From 249 for 2 India slumped to 320 for 7. The destroyer-in-chief was Edwards who finished with 4 for 65. India will have to be mindful of his deceptive medium-fast bowling.

Will Sutherland vs Prithvi Shaw: Sutherland did what most bowlers struggle to: he managed to dismiss the class-apart Shaw and did so when the latter was 6 runs away from a hundred. Australia will have to summon Sutherland when the ball is new, and ask him to bowl in the corridor of uncertainty, forcing the tenacious Shaw to commit a mistake.

Anukul Roy vs Lloyd Pope: This is a battle between spinners on a track that has very little to offer them. However, let us not disregard their power to deceive the batsmen. Roy has thus far taken 12 wickets at 7.91 while Pope has grabbed 11 wickets at 11.09. Both will come handy in the middle overs when the pitch slows down and the ball loses its shine. 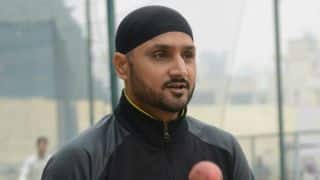