Key moments and highlights from the second ODI between India and Bangladesh at Mirpur.

It was one of the bizarre days in cricket where no one knew what would unfold the very next moment. India bowed down to overcast conditions and Bangladesh’s pacers. And 20 overs later, they were comfortably defending 105! Abhijit Banare recounts the key moments and highlights of the second ODI between India and Bangladesh.

It was good to see the batsmen being challenged on pacer-friendly wickets. The overcast conditions only made it tougher. It was a pitch where the openers dread to play on. India‘s Cheteshwar Pujara, in particular, has had a tough time finding feet in the limited-overs formats. After being dismissed for a duck in the first One-Day International (ODI) thanks to a poor umpiring decision, he looked all at sea against Bangladesh seamer Mashrafe Mortaza who beat him consistently in the second ODI.

There were as many as five leg-before dismissals in the match — Ajinkya Rahane, Pujara, Ambati Rayudu, Wriddhiman Saha and Amit Mishra. All the specialist batsmen made the same mistake. All of them tried to work the ball away on the leg-side or played for an away going delivery. In fact, four of the five leg-before dismissals went to Taskin Ahmed and he kept angling the bowl in and tried to make the batsmen play. It’s a little aspect, which many batsmen would notice on some other day. But as mentioned earlier, it was just one bizarre match!

Taskin Ahmed on a roll

If you can bowl at 145 kmph-plus an hour… then great effort! But the batsman can still hit you, in fact the faster you bowl, the easier it is to dispatch the ball to the fence. But if you can swing even at 140 kmph, then there’s some serious threat for the batsmen. That’s what makes Dale Steyn the bowler who he is. Taskin Ahmed showed that he is ready for the big stage at only 19 years of age. When was the last time a young pacer had the confidence to hurl two accurate bouncers first up? Taskin pitched the bowl in the right areas consistently and showed no signs of tiredness. It was about pitching on one spot and letting the ball do its trick. Taskin dismissed Pujara, Robin Uthappa, Rayudu, Stuart Binny and Mishra. His bowling figures read: 8-0-28-5. Catch the stats highlights of Taskin Ahmed’s achievements here.

Stat: India posted their lowest score against Bangladesh. Their previous lowest was 191 in the 2007 World Cup.

The bowlers did a great job to bundle India out for 105. Five batsmen were dismissed to shots which they would never even want to see afterwards. Tamim Iqbal hit a boundary and then followed it up with another swipe through the covers charging down the wicket only to edge the ball to the wicketkeeper. Anamul Haque could hardly maintain his cool after being tied down. It happened even in the first ODI. In the second ODI, he played a half-hearted cut shot which appeared as though he was trying to check Rahane’s catching abilities. Those two wickets had already given India the hope, which came true after the 30-minute break.

Stat: Bangladesh equaled their lowest ODI score of 58. The posted the same score against West indies in the ICC World Cup 2011.

Though the batsmen played poor shots, Mohit Sharma did an exceptional job by pitching the ball in the right areas, something which he acknowledged after the match. He hardly swung it as much as Umesh Yadav, but his good length deliveries were good enough to keep the batsmen watchful thanks to the nature of the pitch.

Stat: Stuart Binny posted the best bowling figures by an Indian in an ODI, eclipsing Anil Kumble’s six for 12 against West Indies in 1993.

Stuart Binny doesn’t have much pace but he makes it up with accuracy and seam position. The out-swingers were bowled at will and he invited the batsmen to go after the full deliveries. It was one of those days where things fell in place for Binny. Probably his medium pace appears good enough to hit out of the park and batsmen often make the mistake of attacking and perishing. But nothing could replace the Bangladesh batsmen’s poor shots on the day. A few of his away going deliveries were too good for tail-enders. The all-rounder has given a good indication that he would be effective on seaming tracks in England. Catch Stuart Binny’s Stats highlights here.

Below is a list of six wickets taken by Stuart Binny 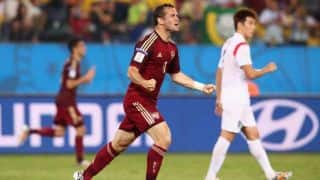