India vs England, 1st T20I at Kanpur: Virat Kohli vs Tymal Mills and other key battles
By Vishal Mehra

After losing Test and ODI series in the ongoing tour of India, England will look to make amends in the Twenty20 International (T20I) leg of the tour. England, who are ICC World T20 runners up, would be eager to topple the No.2 ranked side India in their own den. India, on the flip side, would be eyeing yet another series win, most importantly a series clean sweep, after nearly missing out in the One-Day International (ODI) series. Both Virat Kohli and Eoin Morgan would by now be well accustomed to each other’s strengths and weaknesses, which makes this T20I series a riveting contest. Let us have a sneak peek into what battles can transpire in the first match of the three-match T20I series at Kanpur.

Virat Kohi vs Tymal Mills: The media has already set up this clash in the press conference with Kohli being asked about England’s new T20 recruit. Mills is known to bowl at speed of 90 mph and above, which is exciting to say the least. Kohli, shrugged of any fear of Mills, saying he is accustomed to play 90 mph deliveries. Knowing Kohli’s love for a challenge, Mills will surely bring out the best in him.

Ashish Nehra vs Sam Billings: India s young-old man Nehra is making yet another comeback into the game after successful rehabilitation from a knee injury. For England, it will be their T20 specialist Billings, who will want to cement his place permanently. Billings, known to hit the ball hard and far, would not cherish the wily Nehra, who is known to be a streetsmart bowler in the T20 format.

Yuzvendra Chahal vs Joe Root: Chahal will be under a lot of pressure coming in place of the likes of Ravichandran Ashwin and Ravindra Jadeja. Chahal enjoys confidence of his captain Kohli, who also captains him in IPL. Root has been a thorn in India’s winning juggernaut. Time and again, India’s march has been opposed by Root. Chahal’s technical know-how and Root’s ability to milk spin bowling will make for a mouth-watering contest.

Suresh Raina vs Chris Jordan: Death over specialists for both side, Raina and Jordan will make for an eye-catching clash. Raina, who is making a comeback into the Indian team, will be under immense pressure to perform as the spot for a finisher is heating up with Kedar Jadhav and Manish Pandey sitting in the wings. Jordan is known for his line and length bowling and will look to make his WT20 and IPL experience count on dead and flat pitches. 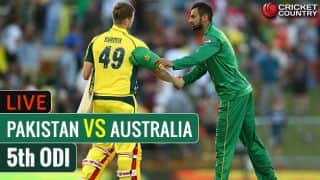