Did you know? England will become the first team to play a thousand Tests, at Edgbaston.

India had won the T20 Internationals 2-1. England won the ODIs by an identical margin. Virat Kohli and Joe Root s men will now clash in whites for a five-Test series, starting at Edgbaston on August 1. Subsequent Tests will be played at Lord s, Trent Bridge, Rose Bowl, and The Oval. This is likely to be a keenly contested series, given England s general home success and India s recent performance in South Africa. Ahead of the match, here is a statistical preview.

999 Tests played by England. The Edgbaston Test will be their 1,000th. No team comes remotely close (Australia is next, with 812).

1 win needed by Kohli as captain to go past Sourav Ganguly (21) and reach second spot among Indian captains in history. Only MS Dhoni (27) has won more Tests as captain.

1 instance of India winning the first Test of a series on English soil, back in 1986. India won the series 2-0.

5 wickets needed by Broad (417) to break through to the top ten in the list of all-time wicket-takers. Broad is tied with Harbhajan Singh, and is 4 wickets behind Pollock and Dale Steyn. His teammate James Anderson is at 5th spot, with 540.

55 runs needed by Jos Buttler (945) to reach the 1,000-run mark in Test cricket. Buttler will become the 102nd English cricketer and 536th overall to the landmark.

2 wickets needed by Ben Stokes (98) to reach the 100-wicket mark in Test cricket. Stokes will become the 47th English cricketer and 687th overall to the landmark.

2 uncapped players in the Indian squad Rishabh Pant and Shardul Thakur. They may add to the list of 290 Indian capped players.

1 uncapped players in the English squad Jamie Porter. He may become the 687th England Test cricketer. 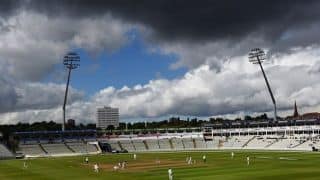 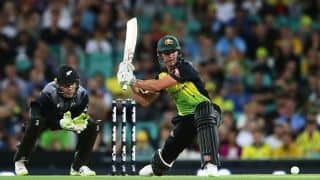