Dashing Indian batsman Ajinkya Rahane charmed cricketing audiences all over with his gritty century at Lord’s in the ongoing test match between India and England. With this century, Rahane paid his respects to another Mumbai batting legend of Lords.

However, it was not Sachin Tendulkar. Ajit Agarkar had overcome his “Bombay duck” nickname in extravagant fashion by hitting a century at Lord’s. Rahane had joined his illustrious company. 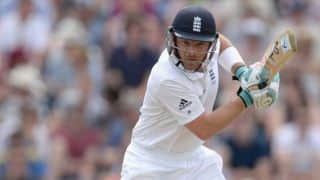