England have got the players who are competent enough for an encore of 2012 and 2014. It is just that it was not their game. Let us assess them on a scale of 10 for this Test and see how they performed.

A clinical performance in all the departments saw India win the second Test against England at Visakhapatnam by a whopping margin of 246 runs their second-biggest win over the visitors in terms of runs. This has set the ball rolling in the duel which was being touted as the revenge series . Revenge, though a pretty strong word, has been used here since India failed to win in the last three meetings between these two teams for a Test series. They lost 4-0 in England, 2011, 1-2 in India, 2012 and 1-3 again in England in the year 2014. On the last two occasions, Team India lost the series after taking a lead.

They have once again taken a lead and the question whether India will meet the same fate has already started doing the rounds. It is not that the question does not have any substance. This English side, result of the second Test notwithstanding, is not a pushover. They have the necessary firepower to match India in all the disciplines of the game. The approach with which their captain Alastair Cook and young opener Haseeb Hameed played on Day Four sums up the team s attitude. India cannot get complacent, for England are completely capable of bouncing back.

They have got the players who are competent enough for an encore of 2012 and 2014. It is just that it was not their game. Let us assess them on a scale of 10 for this Test and see how they performed:

Alastair Cook 7/10 (2 and 188-ball 54): Getting Cook early has always been a challenge for India. Even on his Test debut against India at Nagpur in 2006, he scored a fifty and a hundred and played over 400 balls. In the last Test too he got a hundred. Things have not changed much. In this Test, he got an absolute ripper of a delivery by Mohammed Shami in the first innings. There s nothing he could have done about that unplayable delivery. In the second innings though, on a deteriorating track with a mountain-of-a-chase in front of him, Cook played exceedingly well. His 188-ball 54 on Day Four track is definitely at par with many of his hundreds.

Haseeb Hameed 6.5/10 (13, 144-ball 25 and good work with a review): Hameed was born to bat, were the words of his opening partner and skipper Cook ahead of this series. In the two Test so far, he has proved his captain right. The young batsman has given enough evidence of his penchant for batting for long hours. Following his 31 and 82 at Rajkot on debut, he was going good on 13 in the first innings but a brilliant throw from Jayant Yadav and MS Dhoni-style work by Wriddhiman Saha after a terrible mix-up in the middle saw him run out. His resolute 144-ball stay on Day Four deserves all the praise. Besides, the young man gets an extra point for the review he prompted in the second innings. Standing at short leg, he suggested Cook and others to go for a caught-behind review of KL Rahul. Cook acceded to his request and the umpire had to overturn his decision of not out.

Joe Root 6/10 (53 and 107-ball 25): English batting s mainstay, Root got a useful fifty in the first innings, coming true to his tag of being Mr. Dependable. However, he undid his good work when his rash shot not just cost him his wicket, but also left his side in deeper trouble. He then played sensibly in the second innings on a testing track and managed 25 off 107 balls before Shami s reverse got the better of him.

Ben Duckett 1/10 (5 and 0): Duckett was picked for the all-important tour to the Indian subcontinent on the back of his impressive English County season, where he scored bucketful of run. However, all he has managed so far is a solitary fifty in seven innings. At Rajkot, he scored 13 in the only chance he got to bat. Viakhapatnam Test was worse for him, as he could score just 5 in two innings. He showed how inept he was against spin; just like a fish out of water. This is a learning curve for him as he will understand how different Test cricket is from First-Class. He gets that 1 mark just for showing up.

Moeen Ali 4 (1 and 2; 3/98 and 1/9): Moeen was supposed to be leader of England s spin attack. He did decently in the first innings where he got crucial wickets of Virat Kohli, Saha and Ravichandran Ashwin in the first innings. He was under-bowled in the second innings where he got a wicket of a tailender. But he was also supposed to be a crucial link in England s batting line-up at the all-important No.5 position; a role where he failed terribly. With scores of 1 and 2, he did not do justice to his talent; especially with that hundred in Rajkot.

Ben Stokes 6.5 (70 and 6; 1/73 and 0/34): Stokes batted and bowled well in the first innings. His fifty in the first innings along with two important partner ships with Jonny Bairstow and Adil Rashid played important role in England reaching to the 255-run mark. He also got the important wicket of Ashwin in the first innings. However, the second innings was not good at all for him, as he failed to get a wicket and got a peach-of-a-delivery by Jayant. But he did enough to get those marks.

Jonny Bairstow 7 (53 and 34 not out; 6 catches and 1 stumping): On a personal front, Bairstow had a good game. He got a vital fifty in the first innings and added 110 runs with Stokes for the sixth wicket. In the second innings, he remained unbeaten on 34 and saw his partners come and go. Besides, he also took six catches in the match to go with one stumping.

Adil Rashid 5.5 (32 not out and 4; 2/110 and 4/82): Though he has wickets to show in the column, the fact remains Rashid could have bowled better. He did score important runs in the first innings, but his second innings dismissal must have disappointed the management.

Zafar Ansari 2 (4 and 0; 0/45): A promising youngster, but simply had no idea about his role in the side. He was added to the team for he could bat as well. But in the end, he turned out to be a bits and pieces option. Went wicketless in the first innings and was not even given a bowl in the second. The less said about his batting the better. Again, gets 2 marks just for showing up.

Stuart Broad 7 (1/49 and 4/33; 13 and 5): When Cook announced at the toss that James Anderson was playing in place of Chris Woakes, a lot of fans and experts cried foul, saying Broad should have made way for Woakes. The lanky pacer gave a befitting reply to them all with a classy 4 for 33 in the second innings; as good a spell you would get to see. His wickets included the likes of Murali Vijay, Rahul, Ajinkya Rahane and Ashwin all proper batsmen. The spell came after the strained tendon in his right foot he sustained on the first day; making it all the more special.

James Anderson 6 (3/62 and 1/33; King pair): Anderson was returning from a forced break due to an injury and there was a feeling that England might have rushed him in. He was bound to be rusty; walking into the XI without any match practice. But he started off well in the first innings, getting Vijay, Cheteshwar Pujara and Rahane. He bowled well in the second innings too, but was unlucky to get just a single wicket. He must be proud of his effort on the comeback. However, what he won t be proud of is the king pair he got in the match, making him the first England player since Ernie Hayes in 1906 to get one. 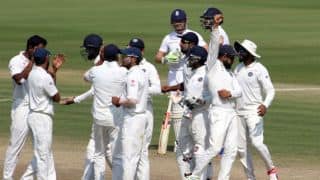 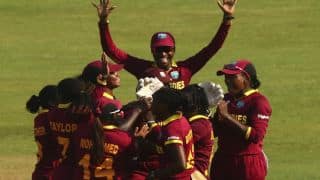