So far in his tenure spanning 20 Tests, Kohli has never retained his playing XI.

India will enter the fourth Test of their five-match series with a vital lead of 2-0, and their primary aim in the contest at Mumbai will be to seal the series. The hosts had taken an unassailable lead in the third Test at Mohali, winning by 8 wickets, while they had registered a massive victory of 246 runs in the second match at Visakhapatnam. For India, winning at Mumbai will not only help them clinch series, but also take revenge of their embarrassing defeat to England in the 2012-13 series. England are far off from the dangerous side which they were back then, and the young Indian team has taken full advantage of it.

The start of Mumbai Test will also mark the resumption of an intense series after a week s break. Both India and England have had their fair share of troubles with injuries to key players and poor form of some key players, but the hosts have still managed to keep their noses ahead. The biggest worry for India will be the form of their vice-captain Ajinkya Rahane, who has not got enough runs ever since that ODI series against New Zealand. Murali Vijay has been misfiring after starting the series with a terrific century, and the team has had three different opening pairs in the first three Tests.

Gautam Gambhir opened with Vijay in the first Test, while India s first preference KL Rahul came into the side in the second and walked off the third with an injury. In the third Test, Parthiv Patel made a Test comeback after eight long years, and did enough to retain his place in the side.

But then, according to several reports, Rahul has recovered from his injury and he will open the innings with Vijay. If this is the case, Parthiv will be pushed lower in the order as Wriddhiman Saha is still unfit. With Parthiv moving down in the order, India might drop Karun Nair to accommodate Rahul.

So far in his tenure spanning 20 Tests, Kohli has never retained his playing XI. But on this occasion, it is unlikely that the Indian captain will make any change to the side apart from one, which registered a comprehensive victory inside four days at Visakhapatnam. Let us still take a look at what can be India s possible playing XI for Mumbai Test:

Top-order: While Vijay will retain his place, Indians will want runs from one of their most disciplined batsman. Vijay has struggled against short balls from England seamers, falling prey to it several times in this series. He started off with a century in the first Test at Rajkot, but since then he has had scores of 31, 20, 3, 12 and 0. At the other end, Rahul will return to the fold once again. He has been on and off the national side, and away from it Rahul got some runs as well. In the second Test he scored 0 and 10, but Rahul remains India s preferred opener and will return in the top spot if fit.

In case Rahul misses out on the fourth Test, Parthiv will be expected to continue with his positive and aggressive intent of getting runs. Parthiv showed no sign of discomfort against England s short bowling tactics as well as spin, and played fluently in both the innings. If Vijay goes about his job with familiar approach of spending a lot of time at the wicket and Parthiv gets some quick runs first up, India can expect a strong start. At No. 3, Cheteshwar Pujara will be keen on bettering his record against England, albeit at home. With two centuries and a half-century so far in the series, Pujara is the second highest run-scorer in the series so far with 338 runs at 54.16.

Middle-order: Kohli is the leading run-getter from either sides in the series, and he has been a pillar for India in their batting. So far, Kohli has done extremely well to improve his ordinary record against England, registering scores of 40, 49*, 167, 81, 62 and 6*. Kohli has so far played three Tests in Mumbai, but has not got a century yet. He has registered scores of 52, 63, 19, 7 and 57 at the Wankhede Stadium in Mumbai. The last time India and England played at this venue, the hosts suffered a massive 10-wicket defeat in which Kohli s contribution was of only 26 runs. At No. 4, the batsman in red-hot form will be needed to add some big runs.

At No. 5, Rahane will be expected to get runs which he has been lacking. Rahane will be returning to his home ground, and will expect to put behind the disappointment that he has had so far. Rahane has got a few starts, but big scores are missing. At No. 6, Parthiv will replace Karun Nair if Rahul returns.

Lower-order: Ravichandran Ashwin and Ravindra Jadeja are not the only threats to England lower down in the order, as the arrival of Jayant Yadav as another quality cricketer with all-round skills will add more to England s headache. England too have some similar quality players, but those with promises have not delivered yet. India s firepower goes several notches higher with these three cricketers occupying the No. 7, 8 and 9 spots, having already created record of getting fifties in an Indian innings at these positions. Hardik Pandya has already been released from the squad to tend to his injured shoulder, and Ishant Sharma is off the national duties due to his wedding which is a few days away. Mohammed Shami and Umesh Yadav have been terrific in their efforts, and it is very unlikely that either of the two will be replaced by Bhuvneshwar Kumar. 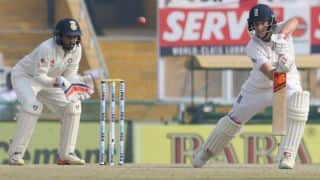 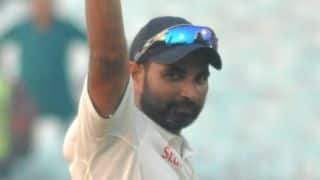