The focys has shifted from Tests to One-Day Internationals (ODIs) and India are all set to play their first ODI against New Zealand at Dharamsala on Sunday.

The focus has shifted from Tests to One-Day Internationals (ODIs) and India are all set to play their first ODI against New Zealand at Dharamsala on Sunday. After all the chants of Virat Kohli and Ravichandran Ashwin in the Tests, it is time to move on to the likes of MS Dhoni and Manish Pandey for a change. The leadership will be handed over from deputy Kohli to Dhoni, as one can finally see the captain cool in the blue attire. Both the teams will also see new faces in the absence of their teammates. India may have earned the No. 1 spot in Test side, but they enter the ODI series ranked as No. 4 while New Zealand are ahead of their hosts at No. 3. The tables can turn around if India aim for yet another whitewash. FULL CRICKET SCORECARD: India vs New Zealand, 1st ODI at Dharamsala

Speaking about the team combinations, India will not have their specialist spinners Ashwin and Ravindra Jadeja as they have been rested keeping in mind their workload in the ongoing long cricketing season. India will also miss out on their limited-overs batsmen KL Rahul and Shikhar Dhawan due to injuries. But the hosts do have backup plans with some young bunch joining the squad in form of Pandey, Mandeep Singh, Hardik Pandya, Jayant Yadav, Kedar Jadhav and Akshar Patel. Similar is the story for the Kiwis as they will finally have the services of Tim Southee and Corey Anderson.

Their ace bowlers Mitchell McClenaghan and Adam Milne will be also missing out of the scene for the series due to injury. Considering there are new formula added in both the teams, let us have look at the 10 players who can in all possibility steal the show in the ODI series:

MS Dhoni: After those slow strokes in Tests, cricket fanatics will have their eyes glued to the television screen for that electric speed stumping or that finishing touch from Dhoni in this series. Dhoni has shown all types of batting displays earlier and his attacking brand of cricket is what can keep New Zealand on toes. Dhoni may have been out of action for while, but as he did mention to ESPNCricinfo.com, this break has given him ample time to work on his fitness.

Dhoni was last seen in the Indian colours playing with young budding cricketers at Zimbabwe and comfortably sealing the series in June 2016, as well as in the two T20Is that India played against West Indies in Florida. Playing against Australia in early 2016, Dhoni garnered total of 86 runs in ODI series, considering his top batsmen took the matter in their hands. Dhoni, as a captain, will expect his batsmen to fire against the contenders who are also known to be the best in limited-over format.

Kane Williamson: After taking over the reins of captaincy from Brendon McCullum, Williamson did show progress in limited-overs cricket as they reached the semi-final of the Twenty20 International (T20I) tournament in 2016. Williamson played an exceptional role as a batsman and captain in the Zimbabwe tour, easing to victory against the hosts. However, since the South Africa tour, the Kiwis have witnessed downfall in Tests. After the disastrous whitewash against India, Williamson can only hope that his team finds resurgence.

Williamson was expected to go all guns blazing in the Test series, after that crunching 75 in the first Test. But after a stomach bug kept him away in the second Test, the third game also proved to be disappointing. The series against Pakistan and Australia early this year has only seen Williamson grow in the ODIs. Playing at the No. 3 position so far for the national side, Williamson scored total of 78 against Australia and 94 against Pakistan respectively. If we throw spotlight on his performance in ODIs in 2015, he secured three centuries and has never scored below nineties. Knowing the batting expertise he possesses, India will need to be wary of Williamson as a batsman and captain.

Virat Kohli: After a splendid Test series with that double century and a Test mace in hand, it is time for Kohli to unleash the monster in him and just focus on his batting. The No. 2 batsman is nothing less than a beast in limited-overs cricket as witnessed against Australia or his performance against South Africa last year. The double centuries against Australia speaks volumes of this batsman. But knowing Kohli has been out of scene from ODI format for months, the Kiwis can take advantage of that drawback. The year 2015 was not pleasant for the aggressive batsman, but he avenged the disappointing performance and came out stronger in early 2016. Kohli will have to play his best game, as he always does, to wreck havoc on the visitors.

Corey Anderson: After a prolonged injury lay off, Anderson will knock the doors of ODI cricket after his appearance in World T20 tournament. New Zealand can heave a sigh of relief as their temperamental all-rounder can bring the difference in ODIs and change their fortunes. He single-handedly provided victory for New Zealand, crushing Pakistan in third T20I. Whenever Anderson has made a return, he seems hungrier than ever. His strike rate of 114.80 is as dangerous as any, although his ODI series against Australia and Pakistan did not have the batsman firing on all cylinders. Knowing that Anderson is aware of the Indian conditions, thanks to Indian Premier League (IPL), the podium is pretty much set for the left-hander.

Manish Pandey: Among the youngsters, if there is any cricketer who has been a revelation for India, it has been Pandey. Under the guidance of Dhoni, Pandey can very well prove to be the second finisher for the side, as witnessed in the match against Australia early this year. His unbeaten maiden ton of 104 is etched in memories on many that has brought him back to the ODI squad. Now that Raina is out of action for the first ODI, the gates are open for the right-hander. The recent quadrangular series in Australia has further boosted the young batsman as he emerged as the highest run-scorer for the side, where he scored two centuries. That pretty much sums up that the Kiwis are in for a treat.

Martin Guptill: This flamboyant batsman is the Rohit Sharma of New Zealand. Guptill might not have had the perfect start, but this is the format he is best known for. Since World Cup 2015 the right-handed batsman has been at the top for the Kiwis. His struggles in the longest format can be sidelined as he covers it up well with a blistering performances in the limited-overs cricket. He started his ODI career with unbeaten maiden century in 2009 and gave his best against Australia in the ODI series with two half-centuries in 2016. His career can well climb up the ladder if he proves to be the driving force for New Zealand against India.

Hardik Pandya: India found all their answer, as their hunt for an all-rounder came to an end with Pandya making his entry. Pandya has been an enthusiastic all-rounder especially with the ball in T20I cricket as he has grabbed 15 wickets and is all set to create his mark with his ODI debut in the New Zealand series. With a strike rate of 139.28 in T20Is, he will look to flare himself better with the bat in ODIs. This is a good opportunity for the energetic youngster to seal his spot in ODI squad.

Tim Southee: New Zealand will be relieved to have their fast bowler in the squad after injury struck him and kept the pacer away from the Test series. Southee will be in action almost after a year, as he was last seen playing against Sri Lanka and England ODI series. Although this could be worrisome for New Zealand but his performance in T20Is in Indian conditions makes him strong contender. He did play the practice match against Mumbai, but remained wicketless. Southee will look to make a strong comeback after his long absence. New Zealand did bring Matt Henry in place of Southee, who did a commendable job in the Test series. Southee will want to claim his spot back as the pacer for the side and end with good wickets on hand.

Akshar Patel: With no Jadeja and Ashwin in the side, this is the opportunity for Patel to pounce on and make his presence count. He might have lacked behind in the recent times, but his performance against Zimbabwe was decent enough to bring him back for the ODIs. One cannot forget his lethal bowling in IPL, being the first to get a hat-trick. Patel has all the scope to rattle the Kiwi batsmen, especially with the Indian conditions favouring spinners.

Mitchell Santner: Santner was exceptional in Test series and has been at best of his form in limited-over cricket. His recent performance in T20 World Cup is unforgettable, where he knocked down India in the opening match with figures of 4 for 11 at the end of his spells. With good knowledge of Indian conditions and spinners being at the top for their action in this tour so far, Santner in all possibility can be the main man to create turbulence for India. 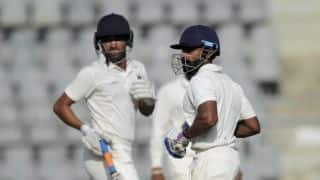 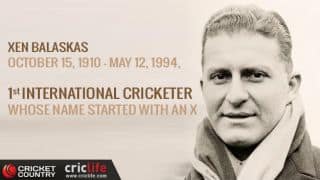