India vs Pakistan: The hostile chemistry of fans that gets inflamed by ads like “mauka”

India vs Pakistan: The hostile chemistry of fans that gets inflamed by ads like “mauka”

The intense passion of a cricket match between India and Pakistan is unmatched by any rivalry in cricket, including the Ashes clash between Australia and England.

H Natarajan talks about the historically uneasy relationship of the cricket fans between India and Pakistan and goes back in time to recall some incidents after watching a video that surfaced on the internet of Indian in the Gulf taunted by Pakistanis after MS Dhoni’s team lost in the semi-finals of the 2015 World Cup.

March 1996. The Lahore airport wore a festive look. Hundreds had gathered at the airport to receive their cricket heroes. You would assume that it was the Pakistan cricket team arriving home after a successful overseas tour. But such assumption is completely off the mark. The World Cup was under way and the Pakistan team was knocked out of the competition by India in the quarter-finals in Bangalore.

So, for whom was the celebratory welcome for? It was Arjuna Ranatunga’s Sri Lankan team which had given the Pakistani’s “mauka” to celebrate their win over India in semi-finals and offer balm to tortured Pakistani souls. In short: it was Pakistan’s vicarious victory! And now they deserved a hero’s welcome!

The intense passion of a cricket match between India and Pakistan is unmatched by any rivalry in cricket, including the Ashes clash between Australia and England. That has largely to do with the horrific event leading to Pakistan breaking away from India to form a new nation in 1947 and the bloodshed that has happened in the many wars the countries have fought between themselves in subsequent years.

This intense hatred was exploited fully by the moneybags in the Gulf by having the two teams play at Sharjah in an annual jamboree between 1984 and 1996. There were pots of gold, so to say, for cricketers past and present to ensure their interest in the fiesta. But ambiance matters a lot in Indo-Pak matches and the United Arab Emirates was Pakistan’s home away from home turf. The atmosphere was hostile and anti-India. After winning the first two matches in 1984 and 1985, India lost 18 of the next 22 matches against Pakistan at Sharjah before the unsavoury happenings in the region brought such matches to a grinding halt in 2000. The scars of those monotonous losses against Pakistan remained long after the player’s career was over. And there is no better example of that than Chetan Sharma who conceded a last-ball six to give Pakistan a sensational win and opened the doors for untold riches for the man [Javed Miandad] who played the shot.

But those who copped the biggest taunts and sufferings were not the players but the large expatriate Indian community working in the region. As matches after matches were lost, the Pakistanis working with them or even those who them did not know but came across at mall and other public places, subjected them to relentless mocking. The common peeve of Gulf-based Indians then was: “Our team comes here plays, loses, makes money and goes back in a matter of few days, but it is we who work here who have to face taunts of the Pakistanis right through the year.”

The memories of those years came flashing before the eyes when I saw the video below, where Pakistanis in Dubai went on targeting Indians and mocking them following India’s defeat at the hands of Australia in the 2015 World Cup semifinal at the Melbourne Cricket Ground. It did not matter to them that their team has never once in the history of cricket’s quadrennial showpiece has beaten India. They were living in the moment, a vicarious moment in which victory over their enemy by Australia was balm to their wounds.

Even Shahid Afridi could not restrain himself from saying “mauka, mauka” when the anchor on a TV showed he appeared asked him how he felt when India was beaten by Australia.

While the “Mauka” ad was a super-duper hit and got lot more success than what Star Sports would have probably envisaged, the fact remains that it was not exactly the way purists would go about. There should be humility in victory. The “mauka” ad reeked of arrogance, the kind of arrogance that made Ravi Shastri dismiss all the opponents prior to India’s semi-final as “Mickey Mouse”. That’s not confidence; that’s cocky.  The ad, one felt, was an invitation for the kind of mock we saw in the above video. Mercifully, MS Dhoni and his men delayed it till the penultimate round.

India has been historically a nation which has believed in giving respect where it is due. Rahul Dravid exemplifies that culture. And if anybody thinks Dravid lacked aggression, then nothing is further from the truth. As Matthew Hayden once said: “All that is going around is not aggression; if you want to see aggression on cricket field, look into Rahul Dravid’s eyes.” Playing hard is important, but there is no need mix it with arrogance — especially in victory. Grant Elliott showed the way after masterminding a sensational New Zealand win over South Africa when he quelled his own and his team’s high by showing the heart to reach out to the man he had felled with that one hit over the boundary. Cricket’s needs more of show of such spirit.

It’s nice to be important, but it’s more important to be nice. Dravid exemplified that and yet emerged as a legend in the game and a popular one at that — liked by even his opponents.

H Natarajan is a journalistic schizophrenic who oscillates between two polar opposite forms of writing —analytical and insightful on the one hand, and rib-tickling humour on the other) 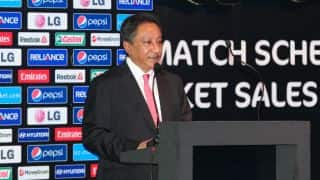 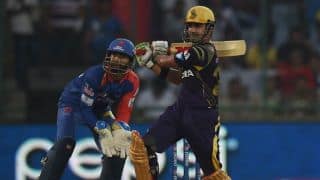 IPL8: Kuldeep Yadav feels happy and blessed to be playing under Gautam Gambhir at KKR