South African team is bound to make a couple of changes due to injury to key players and few returning from injury layoffs.

In the first Test at Mohali, South Africa looked out of sorts with the bat, trying to somehow pick the spin of Indian trio of Ravichandran Ashwin, Ravindra Jadeja and Amit Mishra. It was more of batsmen issue than it was of the pitch, or bowling at times. South Africa lost wickets easily in a bid to manufacture shots and rattle the spinners. The second Test against India at M Chinnaswamy stadium will be a special for AB de Villiers, as he would become the third player for South Africa to play 100 Tests for his country, following Graeme Smith and Jacques Kallis. More than anyone, de Villiers would want to contribute in his team’s victory than any personal achievement. Vishal Mehra looks at what changes South Africa may possibly make for the second Test against India at Bengaluru, starting Saturday. FULL CRICKET SCORECARD: India vs South Africa 2nd Test at Bengaluru

South African team is bound to make a couple of changes due to injury to key players and few returning from injury layoffs.  The Proteas would have been deeply hurt after the manner in which they capitulated against India in the first Test, and they will look to continue their dominant nine-year unbeaten run in an away Tests. In a major blow, Vernon Philander was ruled out of the Gandhi-Mandela Series 2015 and South Africa will surely miss their star seam bowler. Apart from this forced change, it is not likely that South Africa will tinker with their playing combination a great deal.  ALSO READ: India vs South Africa 2015, 2nd Test at Bengaluru: India’s likely XI

Top Order: Dean Elgar. who did more with his bowling than his batting is likely to keep his place in the team, as his part left arm orthodox is of more value on spin friendly wickets that the Indian team is likely to dish out. Stiaan van Zyl will be partnering him on the other end. Van Zyl can also be a handy part time bowler; Zyl did provide some resistance in the 2nd innings for SA. Faf du Plessis at No. 3 it is a no brainer even though he got out for 0 and 1 his temperament against spin is one of the best suited. The South Africans are not expected to change their batting order whatsoever.

Middle Order: Captain Hashim Amla, and AB de Villiers — who will be playing his 100th Test — are pretty much cementing their places in any Test XI let alone the South African XI. Amla will look to forget the way he got out to Jadeja in the second innings of the opening Test, and play his natural self.  As for de Villiers, he would like to let go of the past (first Test) and start afresh. With JP Duminy fit after an injury and Vernon Philander injured it makes for an obvious choice to bring a batsman who has troubled India leading into the Test series.

Lower Order: Dane Vilas will continue to keep the wickets for South Africa. Simon Harmer, who caused a mini collapse in the  Indian innings is to keep his place and can bat a bit. Morne Morkel is fit, and he is in all likelihood to be included. Kagiso Rabada had a good outing in the previous Test, and will most probably keep his place in the side as Dale Steyn has been ruled out of the Test with an injury. Imran Tahir will finish the playing XI. 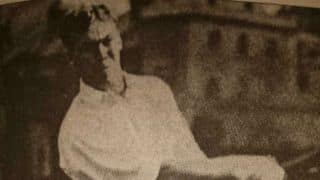