The third and final Test's biggest clash will be surviving amidst Indian Premier League (IPL) auction and its storm.

With the Test series done and dusted, the third and final Test between India and South Africa has turned into a dead rubber. However, with India competing well before falling off the ladder in the opening two Tests, it will be their chance to go the distance and work on their mistakes. On the other hand, South Africa will (obviously) aim for a whitewash. The match will hold much significance for visitors before their next overseas tour, i.e. England.

Mr. Kohli loves shuffling the playing XI. In 34 Tests captained, Kohli has never retained an XI. He gives the reason of choosing players according to ‘current form’ rather than records (He, however, dropped Karun Nair after he slammed the second triple-ton for India in whites. Further, Bhuvneshwar Kumar was dropped after a successful all-round performance in the series opener).

Kohli vs Rest of India

If you have closely followed the ongoing series, you would agree that Kohli looked above par than his teammates in terms of energy. Yes, Kohli flopped in the first Test, but no one can doubt his commitment and intensity. It didn’t look the same in case of his team members. Kohli’s voice was caught on the stump mic more often than not, and was the only one who lifted the team spirit. Others have to be charged up, especially in an inconsequential tie, and maintain India’s unbeaten run in Johannesburg.

(India have played four Tests in Johannesburg. They have drawn three and won a Test in 2006).

Harsha Bhogle had quizzed, on Twitter, whether viewers will be glued to their television sets for upcoming IPL auction, or remain involved in the Test series. 62 per cent voted in favour of the auction. This says a lot. Will Team India be able to shift the focus from IPL auction courtesy a spirited fightback? It will be a tough task for broadcasters to keep the audience attention intact amidst IPL hullabaloo.

Ravi Shastri recently stated that India batsmen fell prey to ‘schoolboy errors’. Apart from flirting with deliveries outside off stump, or playing with hard hands, their running between wickets has also been abysmal. While Cheteshwar Pujara averages 12.25, Murali Vijay has scored 17.25 runs per innings. The likes of Rohit Sharma, Ravichandran Ashwin, KL Rahul and Shikhar Dhawan have collectively failed. (Not to forget the bizarre run-outs of Hardik Pandya and Pujara in Centurion).

Faf du Plessis and Kagiso Rabada openly claimed that Team India are too reliant on Kohli with the willow.

With the series outcome already decided, Indian batters will like to be on their toes and eradicate past flaws. The opposition attack Vernon Philander, Lungi Ngidi, Kagiso Rabada and Morne Morkel will continue to pose challenge. Will the Johannesburg track assist the subcontinental players?

Note: Both Pujara and Kohli scored a hundred in India’s last Test at this venue (in 2013). 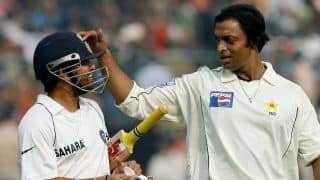 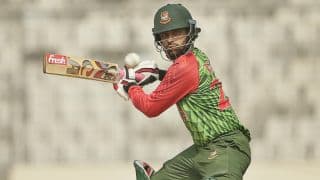