India vs West Indies 2014: Key areas for India to keep an eye on

India vs West Indies 2014: Key areas for India to keep an eye on

WI are to play five ODIs, three Tests and a T20 versus India aside from practice matches.

With the series against the West Indies scheduled to be a full tour, comprising all the three formats of the game, it is high time the Indian players check themselves out where they stand. It would also be a test for the selectors as well as this series would help them judge the players better and build the best squad as the ‘Road to Australasia’ has just begun. Ayush Gupta looks at the key issues and important prospects of this series.

Every international cricket series, be it bilateral, triangular or quadrilateral, is always an important event and is not to be neglected for any reason whatsoever.

The same stands true for the upcoming cricketing series – the West Indies tour of India – scheduled to begin from September 8 in Kochi. With the ICC Cricket World Cup just months away, this series is really important for the Indian team as this would be the last home series before the team leaves for Australia for a full tour followed immediately by the flagship event of the international cricket calender.

Every home-series for a team is a “Gem in the Mud” as it is here where the players of the home team can play freely and prove themselves worthy of being in the playing eleven, regardless of the stature of the opponent. Same would stand true for team India as well. However, they must not forget that West Indies are not a sub-standard team. Although they have not been so impressive off late, they still are a team with all the ammunition to destroy their opponent in whichever base they play in.

Keeping in mind their impressive track record in the sub-continent and with most of their players habituated to the Indian conditions, courtesy the Indian Premier League (IPL), they can pose a massive challenge to the Indians and it won’t be a surprise if they can cause an upset by defeating the Indian team on their home-turf.

Even if the team is without volatile batsman Chris Gayle and their spinning trump-card in the form of Sunil Narine, the team still comprises of Dwayne Bravo, Kieron Pollard, Andre Russell and Ravi Rampaul among others who can still prove to be fatal. Thus, it would be wise for India not to get carried away as a home-series or two big-guns missing from the opponent’s squad and must treat them as a hungry predator in their yard.

Indian Players to watch out for:

As the Indian squad was announced for the first three ODI’s against the Windies, the only note-able inclusion was Kuldeep Yadav, apart from which it’s an unchanged squad.

Kuldeep Yadav: Being India’s only Chinaman, he would surely be the man to watch out for, provided he is utilised well by skipper MS Dhoni. With an economy of about 6.13 in T20’s and 14 wickets from just nine matches, he is a gem of a spinner. His impressive stint in the IPL and the recently concluded Champions League T20 (CLT20) with Kolkata Knight Riders (KKR) has earned him a call into the national side and he will look forward to justifying the selector’s decision with the World Cup just months away.

Shikhar Dhawan: The opening batsman has a fair amount of talent and was a nightmare for the bowlers during the ICC Champions Trophy held in England last year. His impressive stint helped team India to lift the trophy for the second time. However, he has not been in the same form off lately, but the selectors have given him a chance. With the World Cup a few months away, it’s a good platform for him to showcase his talent once again to the selectors if he would fancy his chances for a ticket to Australia and New Zealand. With an average of 42.53 and strike-rate of 89.67 in the ODI’s, he surely would be the player to watch out.

Virat Kohli: The charismatic middle-order batsman for India has been a sensation for the team since he made his debut six years back. With 5,688 runs in 138 matches at average of 51.24 and a strike-rate of 89.63, Kohli has been a permanent member of the Indian middle-order squad and delivers almost every time he takes to the crease. He has been slightly off-colour in the recent months, mainly due to an un-impressive tour of England where he failed to deliver in either the Tests or the ODIs. Kohli would look to regain his lost confidence back in the home track before he heads for for the World Cup. However, looking at his stats, with an average of 51.24 and a strike-rate of 89.63, the selectors would find it truly hard to neglect him for the World Cup squad.

Amit Mishra: Making his comeback to the Indian squad after almost six months, Mishra is another leg-spinner to watch out for. His impressive spell in the ICC World T20 held in Bangladesh earlier this year had him in the radar of the selection committee for the home series this year. While playing the warm-up tie recently for India A against the touring Windies team, he impressed again with the ball, claiming three for just 26. With an economy of 4.5 and 42 wickets in just 29 matches, Amit Mishra can perturb the opponent batting line-up profoundly and pose a great intimidation-cum-challenge for other spinners in the squad to earn a place in the World Cup squad.

Overall, India has been impressive with the batting line-up as most of their top batsmen have proved themselves over the period this season with a good batting performance. However, bowling remains an area of concern. Although India have big-guns in the bowling line-up with the likes of Mohammad Shami, Bhuvneshwar Kumar, Umesh Yadav, Mohit Sharma and others, the only problem that remains is the consistency of these bowlers which has been periodical.

With the World Cup just around the corner, Team India would need its bowlers to deliver. Nothing could be a better opportunity than the home series against the Windies as the selectors would be monitoring them closely. The bowlers need to get their act right as the pitches in World Cup hosts Australia and New Zealand are tailor-made to suit the fast bowlers, and as such the team management would give the seamers ample practice before the start of the tournament. 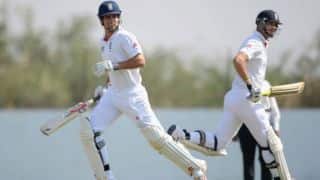