Playing for India brings with it a sense of charm, pride and responsibility in the minds and hearts of cricketers.

Donning the national colours is a dream come true for any cricketer. It gains sort of a special significance ambitiously covered with hope when it comes to India, where the sport is followed by a frenzy crowd. A nation where cricketers are worshipped, and where the gentleman’s game is on an altogether different pedestal, playing for the Indian team brings with it a sense of charm, pride, responsibility and gratitude in the minds and hearts of the cricketers. Similar emotions are generated in the innermost reaches of the soul of spectators when they witness their favourite players and the future generation on the field. India vs Zimbabwe 2016 series will kick-off on Saturday. Live Cricket Scorecard: Zimbabwe vs India, IPL 2016, 1st ODI match, at Harare

A few players from this cricket-crazy nation, considered to be one of the oldest civilisations on the planet, will make their international debut if MS Dhoni picks them in the final XI. Bhaskar Narayan looks at five uncapped Indian players likely to make their debut in international cricket.

1. Karun Nair: Connoisseurs of cricket often claim that statistics do not tell the complete story. But Nair is one such cricketer who has excellent numbers in domestic cricket in India, and experts believe those figures don’t lie. The top-order batsman from Karnataka, has scored 2,481 runs at 52.78 in First-Class matches. Nair’s greatest asset is his capability to play long innings which will prove useful particularly in the ODI series.

2. Mandeep Singh: One of the emerging stars touted for cricket glory, Mandeep in high probability will play in all the matches of the ODI and T20I series during India tour of Zimbabwe 2016. Mandeep has an impressive record in domestic cricket, and played a few good knocks in Ranji Trophy 2015-16. His IPL record is not great, but it’s largely believed that his talent is yet to sprout. Zimbabwe tour gives him an opportunity to demonstrate his worth at the international level. India vs Zimbabwe 2016, Predictions and Preview: Struggling Zimbabwe face MS Dhoni’s swaggering young guns

3. Yuzvendra Chahal: Leg-break googly bowler from Haryana, Chahal will have to fill in the shoes of Ravichandran Ashwin in this series as India’s lead spinner. It’s a heavy responsibility on his shoulders, but taking into account Zimbabwe’s weakness against spin, he certainly can prove a point or two. Chahal has a good record in T20 cricket particularly with his splendid economy rate. A former chess player, he will have to make his moves cleverly in international cricket.

4. Jayant Yadav: Can this offspinner prove that he is better than Harbhajan Singh? Jayant has a decent record with the ball in First-Class, List A and T20s. He has displayed his batting talent as well when the team required it in recent times. Zimbabwean wickets are not supportive of spin bowling which might make things difficult for him. Jayant will have to stick to the basics, but be ready to bring in a few variations if the need arises.

5. Faiz Fazal: Left-hand opening batsman from Maharashtra, Fazal has a decent record in First-Class and List A. Fazal’s performance in Ranji Trophy 2015-16 was brilliant, but playing in overseas conditions against international teams is by and large a different ball game. He will be another Indian batsman itching to score big in Zimbabwe. 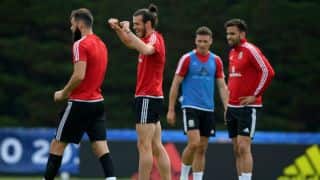