India take on Zimbabwe in the third and final T20I at the Harare Sports Club on Wednesday.

Following a 3-0 whitewash in the just concluded One-Day International (ODI) series against the hosts Zimbabwe, India have so far managed to square the ongoing Twenty20 International (T20I) series against the very hosts, as they look for the sole win that would crown them as the most dominant team in the series, as they take on each other in the third and final T20I at the Harare Sports Club on Wednesday. However, it would be interesting to see how things unfold between certain key players of both the sides, as Ayush Gupta predicts the key battles for the contest. FULL CRICKET SCORECARD: India  vs  Zimbabwe, 3rd T20I Match at Harare

MS Dhoni vs Neville Madziva: Everyone knows how good the Indian skipper in the form of MS Dhoni is, both behind the stumps and with the bat, especially as a finisher. However, he is most certain to face tough competition from medium pacer in the form on Neville Madziva, who was a terror in the last game and Dhoni would certainly like to watch out for him and face him tactically, in order to survive him and also prove him why he is one of the best skippers and finishers in the world.

Hamilton Masakadza vs Barinder Sran: A veteran vs a rookie is always an interesting encounter to watch out for, and so is this battle between Zimbabwe’s veteran Hamilton Masakadza, who takes on the just debuted Barinder Sran. While Masakadza is known to be a sound batsman in the Zimbabwean side for the past few years, Sran has had a dream debut and has been a highly successful bowler in the tour so far, as he looks to continue his good phase and give Masakadza a taste of how a recruit can terrorise an experienced veteran in no time. However, Masakadza too would be aiming at spoiling Sran’s dream party in the tour as of now. IND vs ZIM 2016, 3rd T20I: Visitors’ likely XI

KL Rahul vs Donald Tiripano: The draftee Indian opener, who has been a successful opener in the Indian side, has been in terrific form, ever since the Indian Premier League (IPL) 2016, where he was a super hit for the Royal Challengers Bangalore (RCB) franchise, as he has also proved himself to be a resonance opening batsman in the Indian side, and has had a dream debut so far in the tour, as he would like to give one final finishing touch to his successful debut tour. However, he is certain to face a tough rivalry along with fas bowler Donal Tiripano, who was a jingle bowler in the last game with his economical spell, and Rahul would have a tough time seeing this bowler, and hitting him out of the park for runs.

Elton Chigumbura vs Yuzvendra Chahal: Another experienced vs enlisted player battle on the cards? Definitely, it could be one, as Chigumbura is again one of the most prolific batsmen in the Zimbabwean side, as they very much rely on him, with he being one of the pillars of the Zimbabwean middle-order. However, he is certain to face a tough war from the new Indian spin recruit Yuzvendra Chahal, who has been a successful hit in the tour so far, and has also put up record performance. Chahal would certainly be eyeing one last glory and record performance in the tour, while Chigumbura would like to spoil his final party with his experience, as this is one of the key battles to watch out for.

Peter Moor vs Jasprit Bumrah: With two of the newest recruits in both the sides, Zimbabwe’s wicketkeeper batsman Peter Moor has been off to a fair start in the side, and would like to come up with some interesting performances in more matches to come in the future, along with the final match against India in this tour. However, it would be interesting to see how he handles the like of fast-bowler Jasprit Bumrah, who has been a massive hot as a fast bowler in the Indian side, ever since he made his debut early in 2016. He has been on a wicket-taking spree and would love to continue this spree for as long as he can, as he also aims to finish this tour on a high. Thus, Moor has a massive battle on the cards against this pacer. 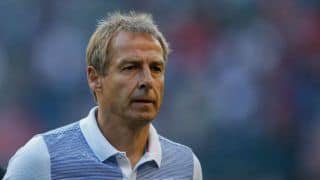