The Pakistan Super League (PSL), estimated to be in excess of $100 million, will see five city-based franchises in the fray. In this exclusive interview with PakPassion’s Saj Sadiq, PSL Managing Director Salman Sarwar Butt speaks about the interest levels of players and potential franchise, among other things. He also said that if the BCCI gives the necessary approval, Indian players are most welcome to take part in the championship. 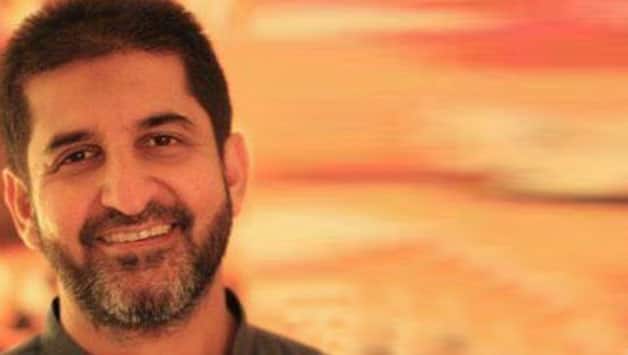 The Pakistan Super League (PSL), estimated to be in excess of $100 million, will see five city-based franchises in the fray. In this exclusive interview with PakPassion’s Saj Sadiq, PSL Managing Director Salman Sarwar Butt speaks about the interest levels of players and potential franchise, among other things. He also said that if the BCCI gives the necessary approval, Indian players are most welcome to take part in the championship.

PakPassion (PP): The Pakistani Super League (PSL) is a huge project, you must be excited and at the same time a little apprehensive about it?

Salman Sarwar Butt (SSB): The Pakistani Super League (PSL) is indeed a huge and exciting venture and I’m delighted to be part of it. I request the support of Pakistani cricket lovers and Pakistanis all around the world to help in this project. The Pakistani Super League is more than just about cricket; it’s about Pakistan and ensuring that the country is seen in a positive light around the world. We’ve had too much negativity and instead want to portray a positive image of Pakistan with a successful tournament.

PP: Can you confirm when the PSL auction is scheduled to take place?

SSB: No that is still the case, we will go into the inaugural PSL with five franchises.

PP: Can you confirm if there has been much interest in the purchase of the five franchises?

PP: Can you tell us from where the outside interest in owning a PSL franchise has come from?

SSB: It has come from the Middle East and other parts of Asia.

PP: What has the level of interest been like in taking part in the PSL from non-Pakistani players and their representatives?

SSB: We’ve been speaking with many agents from outside Pakistan who represent players from various parts of the world. The players have shown a lot of interest in playing in the PSL. We are in discussions right now with a lot of agents and are also in the process of building up our list of “booked” players. The list of confirmed players is growing daily and we will confirm the names of the players entering the PSL auction in due course.

SSB: The way things are heading right now we are tentatively sticking to that target, but we may end up exceeding that target and therefore increase the number of foreign players allowed per franchise.

We will have to see how this progresses, as the response has been very good from players and their representatives and every day the situation is evolving and becoming more and more encouraging as we move forward.

PP: Can you elaborate on where the player interest is coming from. Is it only from certain countries or around the globe?

SSB: Interest is there from more or less all over the world, which is heartening. We are also seeing a lot of interest from players who play for the Associate members as well as players from full Member countries. There’s a good blend of players who have expressed an interest.

PP: There was a story recently stating that several Indian players had expressed an interest in playing in the PSL. Can you confirm if that is accurate?

SSB: Indian players at the moment are not allowed by the BCCI to take part in overseas leagues. I have not received any notification of interest from any of the Indian players, but if there are any Indian players who would like to play in the PSL, then we will welcome them. We are open to them playing in the PSL, providing their Board gives them approval.

PP: Do you envisage any problems in players obtain No Objection Certificates from their respective boards and clearance from their domestic teams to take part in the PSL?

SSB: We’ve already written to all of the member boards asking for their support of the PSL. We’ve also written to the ICC, and we received a positive response. Right now we are talking to the players. Once we have our pool of players in place, we then intend to write once again to the respective cricket boards and ask them to issue the NOCs for those players that we want to take part in the PSL. We hope for cooperation from all of the full member boards and the Associates.

PP: What’s the situation regarding coaching staff at the PSL. Are you going to be employing only local coaches or will there be opportunities open for foreign coaches to be heading up some of the teams?

SSB: We are looking at both options. We are looking at giving foreign coaches an opportunity to take charge of some of the teams, as well as some of our local coaches who are also highly qualified being given a chance.