Can defending champions CSK make history by winning the IPL title for a fourth time?

Any reference to the words Indian Premier League will, for most people, throw up images of a team in canary yellow.

Indeed, three-time tournament winners and defending champions Chennai Super Kings (CSK) are synonymous with the coveted T20 league and this is because of their success and the superstars who have helped fashion it. (READ: Preview: Chennai Super Kings target encore)

Skippered by the icon MS Dhoni and boasting a roster of big-name players, CSK head into IPL 2019 with expectations high from their passionate fans of a repeat.

Here are five players on whom much rests:

It goes without saying that the IPL s all-time leading run-getter will be expected to deliver heavily. Raina has been a fixture for CSK since the day they were formed and his batting, fielding and bowling have all helped win matches. He is, in short, a T20 behemoth.

With his ODI career seemingly behind him at 32, Raina could push for a place in India’s squad for the 2020 ICC T20 World Cup in Australia. But for CSK’s legion of fans, the sight of the left-hander striding out at No 3 is what really matters. Expect nothing less than 500 runs from Raina this IPL.

The allrounder, retired from international cricket since 2016 when he played the last of his 58 T20Is for Australia, remains a valued asset in T20 franchise cricket and last year was a vital player for CSK as he won his second IPL title with a century in the final.

When he was picked by CSK in early 2018 there were eyebrows raised – he had been dumped by RCB after totalling 81 runs in eight games – but clearly the scouts had done their research. Watson had scored 331 runs for Sydney Thunder in the BBL followed by 319 runs in the PSL, which earned him a place on CSK’s roster. He finished the 2018 IPL season with 555 runs and now stands tall as a massive figure for the franchise.

The left-arm spinning allrounder has had plenty of success for CSK, with 75 wickets and 915 runs underling his value. His 2018 season was distinctly average, with 11 wickets at an economy rate of 7.39 and 89 runs from ten innings not much to speak of.

But Jadeja still ended with another IPL trophy to his name, and now stands on the fringes of a World Cup call-up. A strong season for CSK could tilt the scales in his favour.

A big buy for CSK ahead of the 2018 IPL, Rayudu played just one match last season. It was the team’s tournament opener, in which he retired hurt and came back to help CSK win a thriller on one leg. A very good finisher, Jadhav will hope to last the full IPL season to make a mark for CSK.

Hehas increased his credentials as an ODI batsman since he returned to India’s squad and his low-arm, side-on offspin has – until recently – been a very handy option for the team. Jadhav is a good friend of Dhoni and trust the CSK skipper to use him smartly.

Like Jadhav, Rayudu has a lot riding on the IPL. Identified as India’s best candidate to bat at No 4 at the World Cup, Rayudu was dropped from the team for the last two ODIs against Australia last week after scores of 13, 18 and 2. Last IPL he was instrumental in CSK reaching the final and ended the league with 602 runs at a strike-rate . of 149.75.

Another 500-plus reason could do wonders for Rayudu come the World Cup. 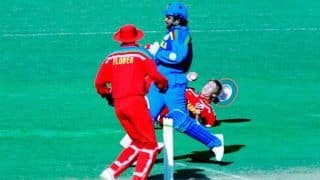 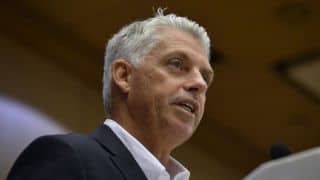