A SWOT analysis of the last year's runners-up ahead of their IPL opener on March 24.

Winners of the title in 2016, Sunrisers Hyderabad (SRH) head into the 12th season of the Indian Premier League having made some smart purchases at December’s player auction, and boosted by the impending return of David Warner.

Just nine before before the start of IPL 2019, last season’s runners-up are again looking a very settled unit.

Here’s a SWOT analysis of SRH ahead of their IPL opener on March 24 against KKR. (GALLERY: Previous IPL winners over the years)

In Williamson, who leads New Zealand in all three formats, the franchise has an astute leader and superb batsman. He led SRH astutely into the IPL 2018 playoffs while playing a leading role as batsman with 735 runs in 15 matches at an average of 52.50 and strike-rate of 142.44.

An injury sustained during the second Test victory against Bangladesh in Wellington has left Williamson’s arrival in India in doubt, but the New Zealand camp is confident it is not a serious one.

The former Australia allrounder – who signed off his international career after being part of the 1999 World Cup-winning team – has been at the helm of SRH since 2012.

Moody was coach of Sri Lanka between 2005 and the 2007 World Cup, where he led them to the final, and has also coached Western Australia. He has served as Director of Cricket of Melbourne Renegades in the Big Bash League, Director of International Cricket for the Caribbean Premier League and head coach of Rangpur Riders in the Bangladesh Premier League and Multan Sultans in the Pakistan Super League.

Hyderabad were the most consistent team in the league stage, dominating with 18 points before a minor hiccup just before the play-offs. Inspired by Williamson, the team made the play-offs and lost to CSK in a thriller in the first Qualifier. A 14-run win over KKR in Qualifier 2 took SRH to the final, where they were beaten by CSK.

Williamson aside, the batting will be reliant on Manish Pandey and Bairstow. With Warner back after serving a year’s ban, SRH have their former skipper and talismanic opener back to add valuable strength. How he slots back will be vital. In Bhuvneshwar Kumar, Siddarth Kaul, Rashid Khan, Billy Stanlake, Khaleel Ahmed and Mohammad Nabi, the bowling speaks for itself. The challenge is to rotate their strong overseas base, which puts the onus on the likes of Kaul, Khaleel, Sandeep Sharma and Basil Thampi. And with Shakib Al Hasan nursing an injury, the allrounder Nabi has to step up.

With a very good bowling core and some skilled batsmen, SRH look a good bet to make the knockouts. 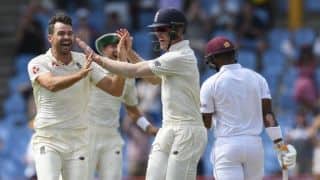