India's 413/5 the highest score in all cricket World Cups

India's 413/5 the highest score in all cricket World Cups

India are the first — and only — side to have crossed the 400-run barrier in World Cups.

India are the first — and only — side to have crossed the 400-run barrier in World Cups, having scored 413 for five against Bermuda at Port of Spain in the ICC Cricket World Cup 2007. They have managed to cross 300 on six occasions in World Cup, winning five and tying one match — against England in the ICC World Cup 2011.

India were able to post their massive 413 for five after terrific innings from Virender Sehwag, who hit a superb 114 off 87 balls, Sourav Ganguly (89 off 114), Yuvraj Singh (83 off 46), and Sachin Tendulkar (57 not out off 29). The match is also remembered for Dwayne Leverock’s now-iconic one-handed diving catch and subsequent celebrations.

Apart from that match, India had a terrible time in the 2007 World Cup, with a shocking loss to Bangladesh resulting in an embarrassing first-round exit. They vindicated themselves by going on to win the ICC World Cup 2011, beating Sri Lanka — the other team they lost to in 2007 — in a closely-contested final at Wankhede, Mumbai. They had managed to reach the finals in the ICC World Cup 2003, but were trounced in the finals against Australia on that occasion. MS Dhoni will lead India’s World Cup defence Down Under in the upcoming ICC World Cup 2015 scheduled to begin on February 14. 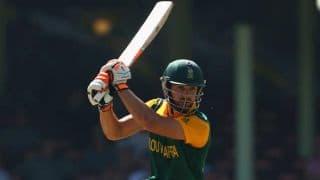 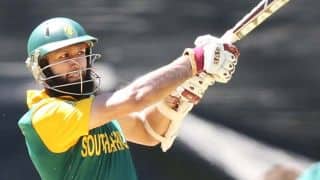