India walk into a very crucial year, as 2014 may have a lot of bearing in the long run.

India walk into a very crucial year, as 2014 may have a lot of bearing in the long run. Nishad Pai Vaidya writes that India will continue to build their Test side and also shape a unit for the 2015 World Cup in the new year.

As the sun rises on January 1, 2014, a fresh journey beckons for team India, as they eye their title defence at the 2015 World Cup, Down Under. Following the depths of despair in 2011 and 2012, Indian cricket did manage to recover in 2013, the major highlight being the victory at the ICC Champions Trophy 2013. As the new year dons, they are the No 1 One-Day International (ODI) side and the No 2 Test team. Those are spots the Indian team would want to consolidate in the coming calendar year that is full of tourneys away from home.

This year, India are going to tour New Zealand, followed by the ICC World Twenty20 (T20) 2014. Then, they fly to England for a five-match Test series and the ODIs. There is a home series against West Indies scheduled in October, but given the fact that they toured in 2013, it isn’t clear if this assignment would materialise. At the end of the year, India would fly to Australia for the Test and a  tri-series leading up to the big event. It is a long road overseas and one that would help this Indian side grow.

On the Test front, India have done decently well during their recently concluded tour to South Africa. They can take a lot of positives from that tour as the batsmen seamlessly fit into the mould left vacant by the greats. Virat Kohli, Cheteshwar Pujara and Ajinkya Rahane gave a good account of themselves and they should be the key men in the middle-order when India goes to New Zealand, England and Australia. At the same time, one shouldn’t count Rohit Sharma out even though he had a tough time in South Africa. Shikhar Dhawan and Murali Vijay too have formed a good opening partnership.

With a strong and fearless batting line-up at their disposal, India would approach those overseas tours. However, one feels the batting has to shoulder a lot of the responsibility. Save the first innings at Johannesburg, the Indian bowling didn’t look too formidable. Zaheer Khan is ageing and one doesn’t know whether his zing would last the test of time. Ishant Sharma continues to be inconsistent. But, Mohammed Shami is promising and has to maintain that this year. Bhuvneshwar Kumar may be a very useful option in New Zealand and England, on surfaces that would aid his style of bowling.

Umesh Yadav will also be in the fray given his pace factor. Now that Varun Aaron has returned to the ODI side, he has to script a gradual comeback to the longer version. India will look at these two for genuine pace as that would add dynamism to their bowling.

As far as the ODIs are concerned, India have the perfect platform to plan for the World Cup. Look at the calendar! Their tour to New Zealand begins in January and the five ODIs would serve an ideal preparation. Plus, the tour Down Under later this year and in early 2015 will help them chalk out their plans better. For players trying to make the cut, performances on these tours would count as that is where they have to defend the title.

Again, the batting looks very good for the ODIs. Since the ICC Champions Trophy victory, there haven’t been many changes to the line-up, apart from the No 4 spot. Yuvraj Singh finds himself out of the side and that is up for grabs. This may be a chance for Rahane to settle into the Indian ODI side as that spot has been a bit dicey for sometime. Dinesh Karthik had done well during his time with the Indian side, but had to make way for Yuvraj. A few strong performances and he may be back into the thick of things. In 2010, India had given numerous youngsters opportunities to establish themselves in the ODI side. Expect the same in 2014, as the board may even arrange a few series to ensure the youngsters get match time.

But, before the 2015 World Cup hoopla, India would travel to Bangladesh for the World T20. They haven’t been a very good T20 side since their triumph in 2007. If the bowling can sort itself out, India may actually have a very good tournament. The spinners would be crucial and Ravichandran Ashwin and Ravindra Jadeja’s performances could make the difference.

By the looks of things, 2014 seems to be an exciting year for Indian cricket and one that would see them build their side across formats. This year would have a lot of bearing on their fate in the long run. Surely, MS Dhoni and the team management have considered that and have their blueprints before them. They only need things to fall in place. 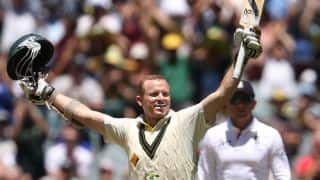 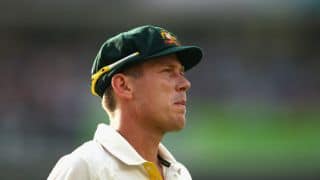