Interview: Cheteshwar Pujara is a legend in the making, says Akshay Darekar

Interview: Cheteshwar Pujara is a legend in the making, says Akshay Darekar

Left-arm spinner Akshay Darekar was one of the few success for India A on their recent tour of the West Indies. Aayush Puthran and Sudatta Mukherjee caught up with Darekar on his triumphant return back home. 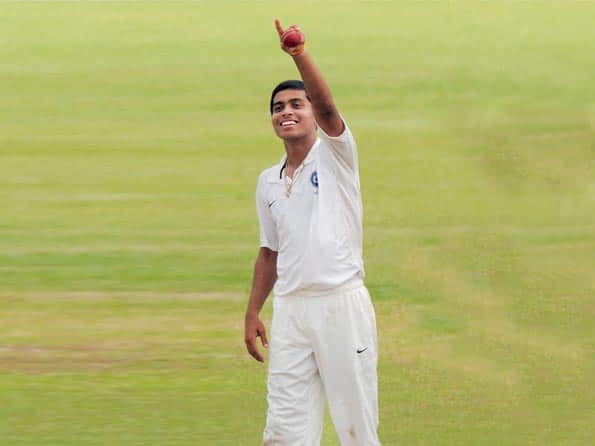 Akshay Darekar has done well, but has to overcome Prgayan Ojha if he is to make the Indian team © PTI

Left-arm spinner Akshay Darekar was one of the few success for India A on their recent tour of the West Indies. Aayush Puthran and Sudatta Mukherjee caught up with Darekar on his triumphant return back home.

Excerpts from an exclusive interview with CricketCountry:

CricketCountry (CC): You weren’t selected for the first match on India’s recent tour of the Caribbean and got injured before the second match. Was it frustrating to go all the way to the West Indies and find yourself in such a situation?

Akshay Darekar (AD): I was expecting that the team management would go in with two spinners (Rahul Sharma being the other) for the first match. But they chose to go with only one. Yes, I was a little disappointed. But after injuring my toe during practice, it became even more frustrating to know that I won’t be playing the second match as well. But I asked the team doctor to give me painkillers and declare me fit for the match. However, my bad luck continued as I was injured in the first session of the day itself when I collided with Cheteshwar Pujara. Luckily for me, things worked for me thereafter.

CC: What were your thoughts after you picked up six wickets against West Indies A in the second Test?

AD: Just before the second Test I had told Lalu sir (coach Lalchand Rajput) that I will get a five-wicket haul. So, after I picked up the fifth wicket, Lalu sir asked me to put my hand up in pride and signal ‘five’. It felt great!

CC: Following your performance for India A in the West Indies tour, are you expecting a call-up for the Indian national team?

AD: I must confess I did entertain some hopes of making the team for the Sri Lankan tour, but that didn’t happen. Now I’m hoping I will be able to get into the Indian team for the New Zealand series. The competition is tough, but I like to be optimistic. I’ve done my bit with my performance, now it’s up to the selectors to take their decision. I hope I get selected at the earliest as it will give me the awesome opportunity to play alongside my hero Sachin Tendulkar.

CC: Was it easy to adjust to the wickets in the West Indies?

AD: The pitches weren’t too different from the one we have in India. But since it rained most of the times, the ball would remain wet and gripping it wasn’t easy. Yes, it was a little bit of problem, especially for spinners.

CC: Who was the toughest batsman to bowl to?

AD: Kraigg Brathwaithe. He kept playing on the mind of the bowlers. He was so defensive that even full-tosses were defended by him. He just refused to play shots, especially outside off-stump. On the other hand, Jonathan Carter was a dangerous batsman. He always attacked the bowl playing proper cricketing shots.

CC: Batsmen struggled in West Indian conditions. Were the pitches not conducive for batting?

AD: The pitches were fine; no evils in them. But with the wind constantly blowing, the ball was swinging a great deal. The fact that they had some really good fast bowlers caused more trouble to our batsmen. Derlorn Johnson, in particular, was brilliant.

CC: Cheteshwar Pujara was the only batsman who performed consistently well throughout the tour. What made him stand apart?

AD: He is a legend in the making. The way he practices and approaches the game is clearly seen in his performance. His approach to the game is quite similar to that of other legends like Sachin Tendulkar and Rahul Dravid.

CC: This was your first trip outside the Indian subcontinent. Did you find a difference in the West Indian cricket culture?

AD: The experience was definitely different. The passion with which the West Indians played cricket was delightful to watch. Even after losing their matches they remained cheerful. But there’s a flip side to that. They are an extremely talented lot of individuals and can make a strong team, but they tend to take their cricket too lightly. They are extremely casual in their approach. They have loads of natural talent, but they don’t seem to use it to their fullest potential.

CC: Is it true that West Indians aren’t taking international cricket too seriously?

AD: For a lot of West Indians, the reason they want to play international cricket is to get noticed by the IPL franchisees. But you cannot blame them entirely for that. They aren’t paid too well. They don’t even have proper bats. They would often come to our dressing room asking for bats. That is the only way they believe that they can make a living without doubling up as a courier guy or do some odd job.

CC: What was ‘The moment of the tour’?

AD: The moment of the tour that we still remember most and laugh about is when our manager, while chatting with the West Indian team manger, suddenly started conversing in Marathi without realizing what he was doing!

CC: How do you rate the team’s performance in the West Indies?

AD: It wasn’t up to our expectations. But we are satisfied with the final result.

CC: Who do you think is currently the best spinner for India?

AD: In my humble opinion, Ashwin is the best spinner currently in India. Harbhajan is also extremely good. He may not be in the Indian team, but given his class, I’m sure he will make a comeback soon.

CC: Who do you think is your biggest competition for a place in the Indian XI?

AD: Pragyan Ojha has done a good job in the opportunities that he has got. Undoubtedly he is currently India’s No 1 one left-arm spinner. Ravindra Jadeja also has been more than handy with the bowl in the domestic circuit. He is another major competition for me to get a chance to play for India at the highest level.

(While enjoying the small joys of life, rarely has anything mesmerised Aayush Puthran more than cricket. A student of Journalism in Mumbai, he is trying to figure out two things: ways to make Test cricket a commercial hot property and the best way to beat Mumbai traffic. He has a certain sense of obsession with novelty. He might seem confused, but he is just battling a thousand demons within his mind. Nonetheless, he is always up for a light-hearted chat over a few cups of coffee!–Sudatta Mukherjee claims to be a Jill of all trades and mistress of none. She is affable, crazy and a wannabe writer. Her Twitter ID is @blackrosegal. Oh yes! You do know her!) 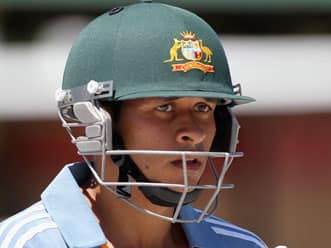 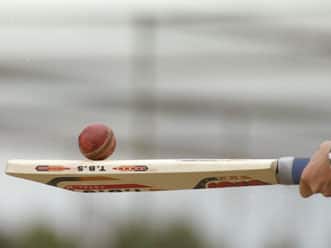