Here is an honest assessment of the performances of the teams in this year s edition of Vivo IPL brought to you by OPPO, Pepsi, Dalda, Ravalgaon, Parle-G, Dabur, Baide Lighters, Chaini Khaini.

When this zip-zap-zoom cricket tournament had stormed onto our screens, not many people gave it a chance! Elders, purists and fans of Test cricket called the IPL a farce, and screamed I told you so when the scams broke out.

But say what you may, this bhelpuri version of cricket has cemented its place in our minds and prime time, with big-budget films and television shows making way for the IPL. For all the jokes and criticism, I have followed the league religiously through its ups and downs.

This year was particularly interesting for another reason Dream 11. My friends with disposable income decided to place their money where their mouths were. I never played it myself, but acted as Chief Selector, feeling like Shakuni-mama every night, egging Kauravas to roll the dice.

IPL 10 has come to an end, and I do not know what to do with my evenings any more. I cannot spend my evenings with beer and Amit Mishra, my nights discussing the pros and cons of having Ashok Dinda in my team.

Here is an honest assessment of the performances of the teams in this year s edition of Vivo IPL brought to you by OPPO, Pepsi, Dalda, Ravalgaon, Parle-G, Dabur, Baide Lighters, Chaini Khaini.

For best results, let us start from the bottom of the list!

The biggest stars in the league in the line-up, a city whose fandom reaches levels of devotion, and yet, the most abysmal performance in the league: RCB s performance this year resembled Siddharth Mallya trying to solve a quantum physics problem.

Chris Gayle performed better in the condom ads than on the field; AB seemed like he had been bitten by White Walkers, and confused RCB fans were bewildered with one important question: Kohli ke peechhe kya hai? The guy shouted at umpires, his teammates, and by the end of the series, seemed to have given up on his team!

A side that resembled Chennai Super Kings A team, the Gujarat Lions seemed endangered right from the beginning. Suresh Raina has developed a nice khaata-peeta ghar ka ladka paunch, knowing fully well that he can spend the rest of the year pursuing his stamp and coin collections. The side won only 4 out of their 14 matches, and it seemed like the players themselves were waiting for the two year contract to come to an end.

I am perennially baffled by the Delhi Daredevils team: they have never won the league and never even seemed close to. Even the all-knowing Almighty does not know what the management aims to do with the franchise apart from CSR. I rooted for them due to soft corners for Rahul Dravid and Zaheer Khan, but how can you uphold a team that seems to be into psychotropic substances?

I feel bad for DD fans: every match has young kids with their faces painted who go back home and cry into their pillows. It is high time Arvind Kejriwal launched an investigation into the Delhi Daredevils management: kuchh toh gadbad hai ji!

With Delhi at the bottom of the league, can Punjab be too far behind? The other Sufi team in the league, Kings XI Punjab s strategy is not based on cricketing logic, but on the position of stars and planets on that particular day. Which is why even star players like Glenn Maxwell, David Miller and Hashim Amla seemed like members of the losing Lagaan team. The only good thing about the Punjab team is how consistent they are in their terrible performances. Unlike her husband, Preity Zinta s IPL team is just not good enough!

My favourite team in the league and my adopted city the Hyderabad team remained one of the strongest sides throughout the tournament. SRH adopts a solid strategy of picking upcoming players at low prices and giving them a free reign.

This has resulted in stellar performances from Rashid Khan, Mustafizur Rahman, Mohammad Siraj, and Siddarth Kaul. Also, the legendary Nehra-ji, who at 38 has arms slimmer than Esha Deol s, is the reason I root for this team. I never thought I d warm up to an Australian player, but the manner in which David Warner leads the side is awe-inspiring.

The team with the most female fans in the country, Shahrukh Khan s KKKkkkkkkkkkR finished at a disappointing third this year. Chris Lynn was injured for most of the tournament, and their gamble with Sunil Narine didn t pay off in the crucial matches.

It will be a year of waiting for Shahrukh s team as non-cricket websites publish articles in support of Gautam Gambhir s inclusion into the national team. Meanwhile, experts in CERN are still trying to find out why Yusuf Pathan is in the KKR team, except to tally the balance sheet as a non-performing asset

With a name that belongs in the next Transformers movie, RPS is the only team that managed to earn spectacular badwill through the course of the tournament. There are very few reasons to criticise MS Dhoni and the owner of the team found one and stuck with it.

In spite of shaky starts, the Pune team had a healthy mix of the young and the old, and performed when it mattered. Even though I was rooting for them in the final, I am glad the team won t exist next year. I want Dhoni to be bought by another franchise for 25 crores as RPS owners watch on TV and weep. And then ring for Dhoni and is asked to call on 1-800-103-1644, only to discover it s the helpline for Dabur Hajmola.

Ten years of the festival that consumed an entire nation. With a complete overhaul of teams expected next year, I have only one hope left!

I hope they change that haunting, migraine-inducing IPL trumpet sound!

This is a humour piece and was not written with the intention to hurt, insult, or demean anyone. 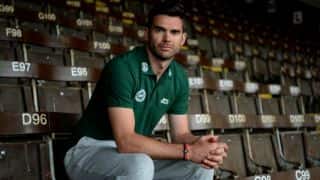 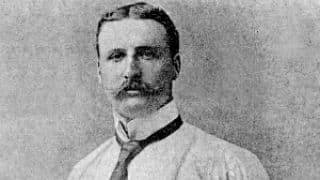